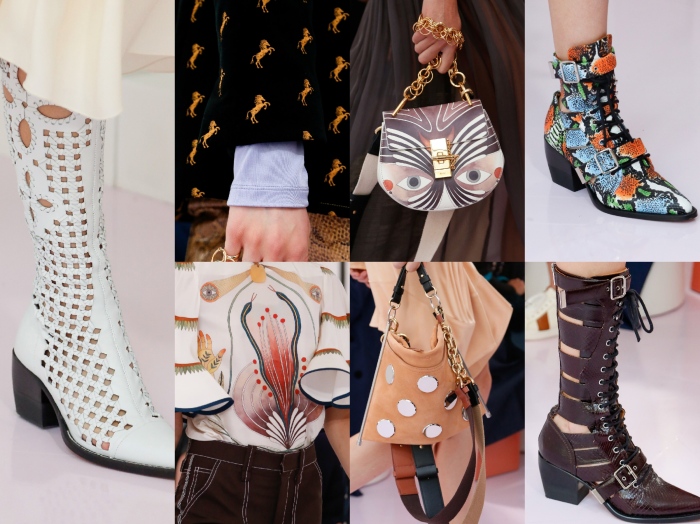 When Clare Waight-Keller announced she was leaving Chloé I automatically assumed that the label just wouldn’t be able to achieve the style heights she achieved (yeah, I’m a fan). And when they said she was being replaced by Natacha Ramsay-Levi who worked with Nicolas Ghesquière for many years, turning out exaggerated silhouettes and some hard-edged looks (albeit good ones), I worried even more. 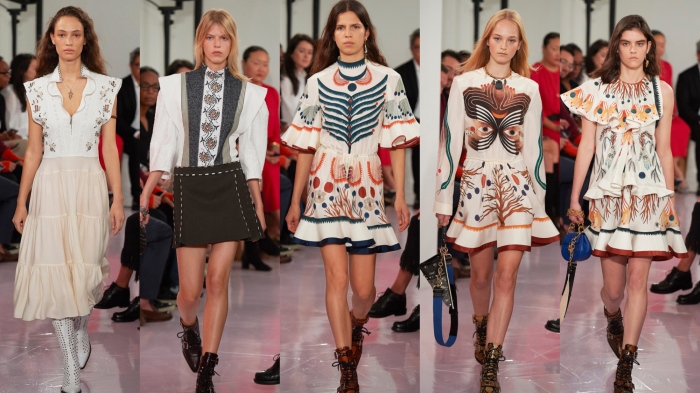 But I needn’t have done. It wasn’t perfect, but which collection is? There’s something about female French designers who have a knack of getting it mostly right and given that Ramsay-Levi is the first French woman at the Chloé design helm since house founder Gaby Aghion many decades ago, it’s no shock that she managed to pull it out of the bag in Paris on Thursday.

She added her own stamp while making it feel very Chloé. She moved the look on with ideas that are unlikely to alienate all those who fell in love with Waight-Keller’s blend of elevated boho, quirky day dressing and relaxed after-dark looks.

And she managed to add a new dimension to the label’s bags business with pieces that are very much in the spirit of the Chloé bags that have become must-haves for every street style star in recent seasons but worked well with her own new vision for the label.

And she worked her magic from the ground up. The footwear really hit the sweet spot with that combination of feeling fresh, new and different while also being hugely commercial. In fact, close-cut boots (here with strap or cutout detail) have appeared on more than one runway this Fashion Month. For Ramsay-Levi, they added a powerful finishing touch for day but also for evening and suddenly made neat little Jimmy Choos feel so wrong for special occasions. 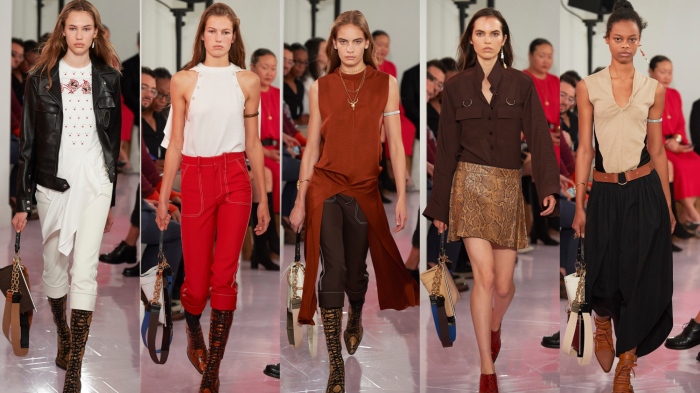 The collection had something for everyone, as long as ‘everyone’ is below 40 and isn’t buying into the season’s big ultra-volume trend. Ramsay-Levi clearly likes her cuts on the slim side.

So what were the standout pieces? The late 60s/early 70s-style velvet pantsuit with a prancing horse allover print felt like a great successor to Prada’s corduroy pantsuit of AW17. And the cropped, cuffed skinny pants atop lace-up snakeskin boots were perfect, easy options for affluent, city-dwelling Millennials.

Wool or snakeskin mini skirts teamed with strapped ankle boots also marked this collection out as firmly aimed at that demographic and were among Fashion Month’s strongest mini looks.

The collection was big on dresses, most of them teamed with boots, from the tiny floral options complete with frills and the occasional asymmetric cut (not so sure about those though) to the softness of shimmering party dresses (plenty of choice here from mini to maxi) in a mix of sheers, sequins and gold thread.

Meanwhile the cotton dresses painted with stylised eyes and hands came with exaggerated frills and were the acceptable face of frill-dom in a season where frill fanciers have occasionally gone a bit too far.

It was a lot to take in. But with Ramsay-Levi being only the latest in a large number of designers to have landed at a venerable house in recent seasons, this was one of the most confident debuts yet. 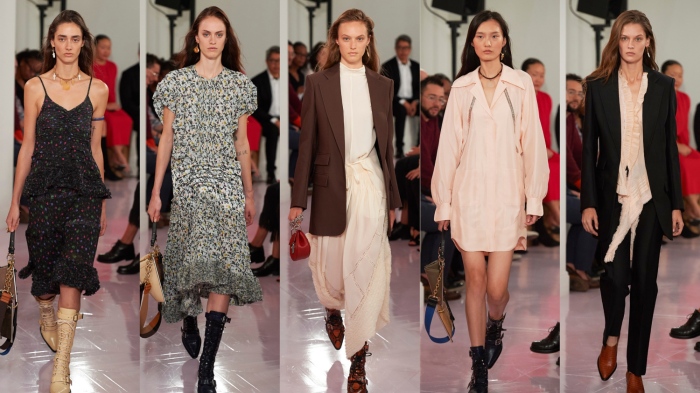 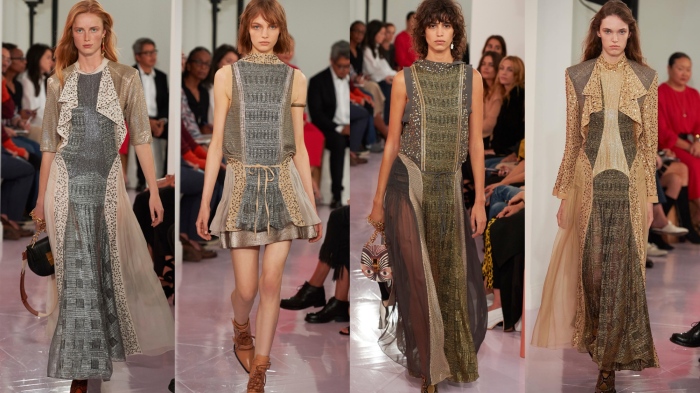