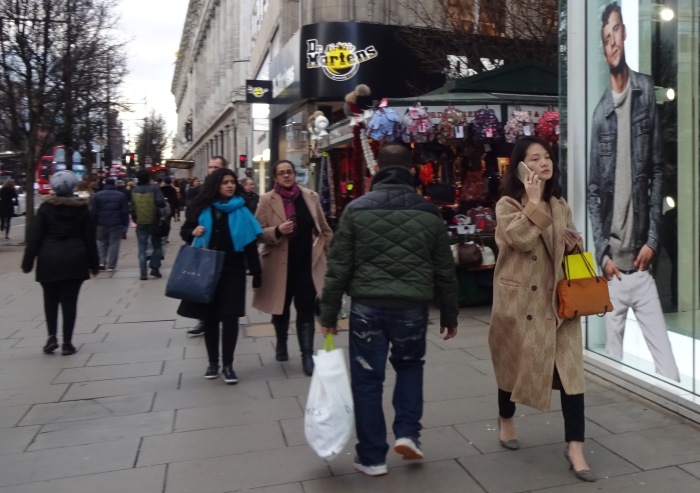 It’s that time of the month again, you know when loads of general retail sales reports come out and (hopefully) paint us a picture of what’s happening out there.

Yesterday it was Visa Europe and BDO. Today it’s the British Retail Consortium and KPMG. And the story? Like those other reports, the BRC/KPMG stats showed that spending rose last month. Yippee.

The rise came as consumers spent on big-ticket items like furniture. But then, I suppose that’s no surprise as that’s what January’s supposed to be about. All those reminders that the sofa sale “must end Monday” are designed to get us spending big because of the bigger savings on the discounted prices.

By the same reasoning, home appliances also sold well, as did clothing and footwear (at last).

David McCorquodale, UK head of retail at KPMG, said: “After a slow start to the autumn/winter season, fashion and footwear sales soared in the early half of the month as promotional pricing caught the eye.”

And it was that promotional pricing that was key. To be honest, it would have been devastating news if sales hadn’t risen strongly last month. That fact is, a lot of fashion retailers were stuck with too much stock on their shelves after what was essentially a pretty poor season. Discounts were generous because no fashion retailers wanted to be left holding that stock when the AW15 music stopped… whether that’s truly good news or not, we’ll find out come the time when they report their profits (or losses).

One thought on “BRC says January sales rose, but is that news as good as it sounds?”