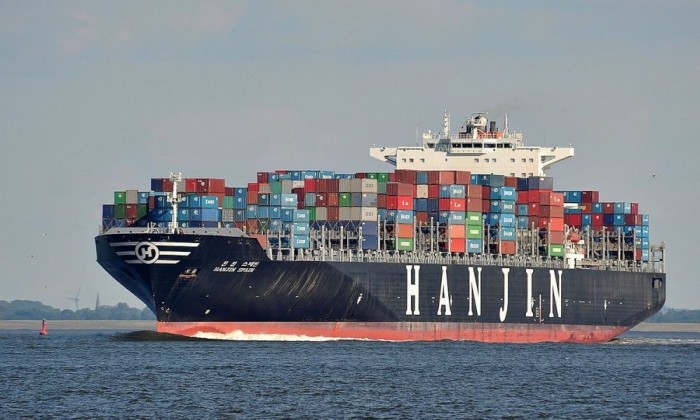 Will you get your must-have items this autumn? It could all depend on whether a solution is found following the collapse of Korean shipping giant Hanjin. It seems around $10.8bn/£8bn worth of goods are stuck in or outside of ports and aren’t going anywhere anytime soon.

The companies whose goods are stuck are trying to do something about it but there’s a limit to what action they can take. Apparently Hong Kong’s Equal (which manufactures for Ralph Lauren, Hugo Boss and Nike) is hiring truckers to move raw materials but they have to go from Chinese ports to Vietnamese factories and that’s only once they can be ‘liberated’ from those Chinese ports.

Some companies think it could add an extra week or two onto the time it’ll take them to despatch the goods to retailers. But when they do, they’ll have to book new ships, and prices for these have been rising because of the higher demand, or they’ll resort to air freight, which also means higher costs. Those costs will either be passed onto the consumer or absorbed by the retailer, hurting margins at the most important time of the year.

A US court has provided some relief, temporarily, allowing vessels to move into US ports without fear of being impounded. That’s important as we head towards the Thanksgiving/Christmas shopping season.

So just how bad could it be for product companies? Well, few have owned up to how much product is stuck but Samsung said it’s got $29m/£22m worth of goods tied up on just two Hanjin vessels off Long Beach.

Just think how much is stuck elsewhere give that around 86 Hanjin ships, each carrying huge numbers of containers, are stuck at 50 ports in 26 different countries.

Apart from that, we could all just keep our fingers crossed I suppose.