So we’ve got an answer to one of fashion’s current big questions. We know who’s taking the design helm at Lanvin after Alber Elbaz’s much-lamented departure. It’s Bouchra Jarrar.

The other big question (who’ll get the Dior job, if anyone?) remains to be answered.

Bouchra Jarrar is the new artistic director, but for women’s collections only at Lanvin, which is something of a surprise. For a start, Elbaz had overseen both women’s and men’s and secondly, Jararr hadn’t really been in the frame according to the fashion rumour mill. In fact, during couture week, Vogue Runway pointed out that she was one designer not being linked with either of the two hot jobs and that this was a bit unfair as she’s very good.

She starts on Monday and will create her first collection for SS17. And the label needs an injection of new blood as the recent AW16 collection was frankly uninspiring, taking the whole 80s trend rather too literally.

Apart from her own line, Jarrar was previously studio director at Balenciaga and head of couture design at Christian Lacroix. 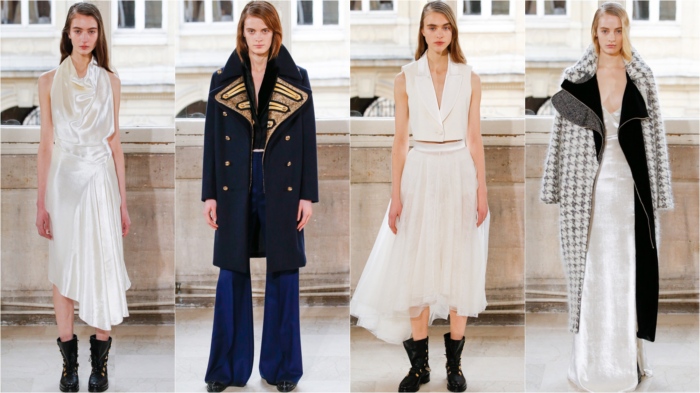