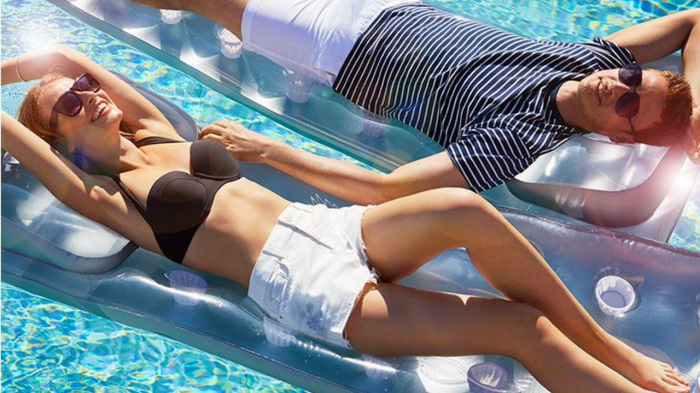 There may be a lot more occupying the front pages these days but an M&S sales report is always headline news. And today’s? Well, all I can say is ouch!

Comparable sales in its clothing and home units fell 8.9% in the quarter to July 2, which is a big drop, a really big drop. Total sales in those units fell 8.3% and even its usually-resilient foods unit saw comp sales down 0.9%. But with clothing/home leaping 8% ‘ahead’ of foods in the negativity stakes, the question in the news stories today was “is this the start of worse to come?”

I even saw one headline in which a survey had been done asking consumers whether they wanted M&S to survive so some news media are already talking about an eventual collapse, unlikely as that might seem at the moment.

So what’s the full story? OK, M&S has blamed pre-referendum uncertainty for consumers reining-in spending. It also said it cut back on promotions so it could sell more goods at full prices. That strategy may help margins but it always dents overall sales.

It also started its summer clearance sales two weeks later so that would have dented turnover too, and the timing of Easter wiped about 0.8% off sales in the clothing and home units. And while online sales rose, they edged up by a measly 0.5%.

Is man-in-the-spotlight Steve Rowe, M&S’s CEO who is tasked with turning round the beleaguered giant, worried? Today he said: “Consumer confidence weakened in the run-up to the EU referendum. While it is too early to quantify the implications of Brexit, we are confident that our strategic priorities and the actions we are taking remain the right ones.”

That sounds reasonably confident coming as it does after worst clothing and home sales drop in 11 years.

He added that the sales were “not the numbers I want to see”, but were “the numbers I expected to see” given the change of promotions strategy.

That obviously wasn’t enough to satisfy some investors and the firm’s shares have fallen this morning. But nobody can deny, Steve Rowe is playing a long game that won’t yield results overnight. The problem he has is that he’s just the latest in a number of CEOs to attempt a turnaround. The question must be, will he be given the time to do it, especially in a less buoyant economic environment?