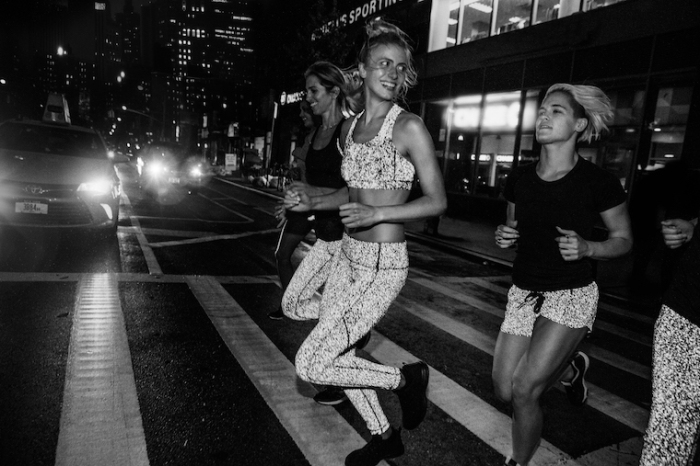 Lululemon didn’t invent athleisure… but it can sometimes feel that way. And like many pioneers, it got rather left behind when everyone else caught on that this wasn’t just a trend, it was a way of life.

That meant you no longer had to pay $100/€100/£100-plus for your high performance yoga pants or worry about how you could tie up the idea of living a spiritual yogic lifestyle while wearing clothes that cost more than the average monthly salary in yoga’s home country.

But Lululemon is fighting back with compelling reasons pay more and its latest launch is a prime example of this.

The company invented its Lululemon Lab concept, and opened a store linked to it in New York City earlier this year, following a launch in Vancouver. Those stores offered up innovation and experimentation hubs that create limited editions based on new textile technology and tailored completely to the clientele in those cities.

The Lab design team is inside each store so anyone at shopping there can tap into new ideas not available to the rest of us.

But the newest launch will go further. Yes, it’s available in the NYC and Vancouver Lab spaces, plus the UK Harrods and King’s Road stores, but it’s also online in North America and internationally too.

The new mini collection is called Reflective Splatter, which sort of says it all. It features a luminescent print (that’s glow-in-the-dark to you and I). And the leggings cost… wait for it… $298. The sports bra if $98, presumably the discrepancy explained by the fact that the leggings contain a whole lot more of its innovative new fabric.

The justification for prices so high? Lululemon says it “wanted to rethink our approach to the medium of reflectivity itself,” given the low light in which many women in cities do their jogging. Fair enough.

So that means out with neon green zipper pulls and panels of searing yellow and in with a double printing process that has  a printed base layer and a reflective top layer. Anything that gets rid of those colourful panels in activewear is fine in my book.

It’s hard to tell just how it looks as all the promotional pics are in black and white. But it’ll be interesting to see what Lululemon has to say about the success of the concept come financial results time.