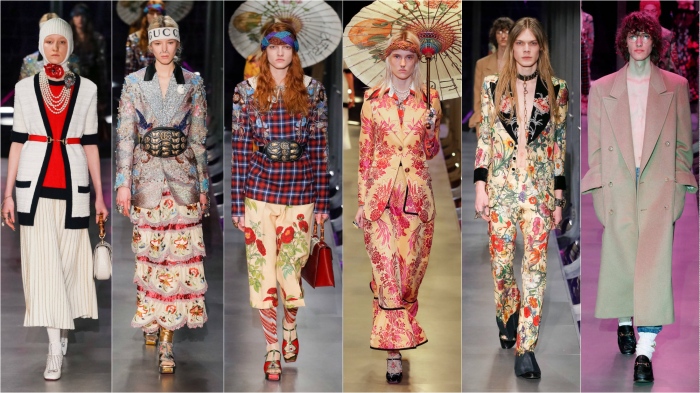 It was more of the same on the Gucci runway Wednesday. The same… but different too. The same insofar as it’s clear that Alessandro Michele’s love of geeky/granny/decorative chic wasn’t just a few-seasons-only flirtation, but a deep, lasting commitment. It’s a marriage, not a casual relationship.

The differences came with a series of new-season motifs and an even further blurring of gender lines in what was Gucci’s first co-ed show.

Is this a bad thing? Not really. We didn’t get a new look to drool over. In fact, we hardly got a ‘look’ at all. There’s no dictating to people that shoulders should be wide or skirts should be short.

Michele’s Gucci is essentially a giant series of statement items that can add look-at-me appeal to any wardrobe and can be worn with a diversity of lower- or high-key pieces to make it into whatever the wearer wants. And Michele’s Gucci also includes a surprisingly large number of really quite ‘normal’ classics hidden among the power pieces.

It’s all wrapped up with a coolest-label-in-town ribbon that means it can’t avoid some frankly unwearable and not-that-appealing pieces. But as few of these are really intended as serious commercial options, they don’t detract from the collection’s versatility and wearability.

So, what is AW17 all about, Michele-style? Gone is the heavy obsession with tigers and snakes (although he hasn’t completely abandoned the motifs that characterised his first few seasons in charge). In their place as star motifs this time we got beetles and butterflies, dragonflies, bats, pineapples, foxes and ever-more-exuberant florals

Those motifs are easy ways to update sweaters, jackets, coats, really-quite classic bags and footwear. I loved them on the black leather belt bag.

Also likely to fly off the rails are tiered floral dresses, tailored coats with floral embroidery; snakeskin fitted boots with low platform soles (the low platform is a major feature of the new footwear); floral hosiery; a leather biker gilet covered in tiny gold butterflies, beetles, foxes, lion’s heads and studs; anything with collars and cuffs trimmed in curling diamanté; black lace-up ankle boots with red toe caps and snakeskin banding; and… well, so much more. There were 105 exits in this collection so there really is too much to just list. 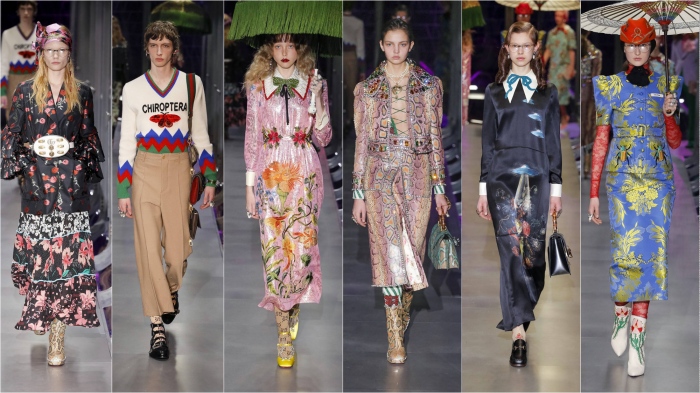 And that really shows just what a top class operation Gucci is. There are few labels that could send out quite so much and keep most of its so inspiring.

Just look at what’s been going on elsewhere so far in Fashion Month. Yes, we’ve had some great evening-wear and covetable high summer dresses from a number of labels. But the regular daywear offer has left a lot to be desired for many. The obsession with asymmetrical extremes and volume for volume’s sake has given us some spectacularly ugly trends to try to make sense of.

Michele’s offer was maybe 10% ugly at most. And while the styling and the models may often look gawky and awkward, strip all that back and this Gucci collection contains so many individual items that people can actually wear for day or evening, fair weather or foul. A score of 90% on the wearability scale is pretty good in my book. 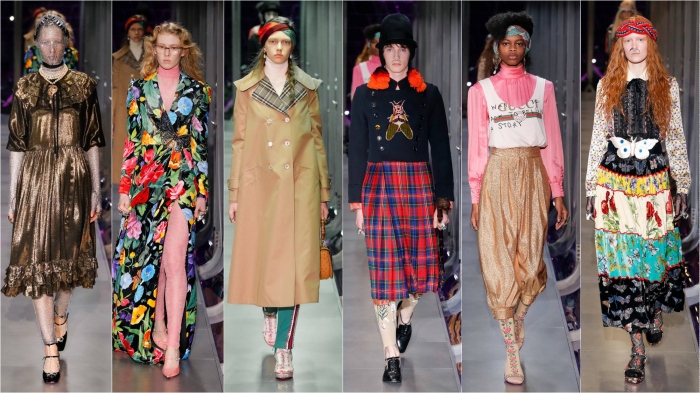 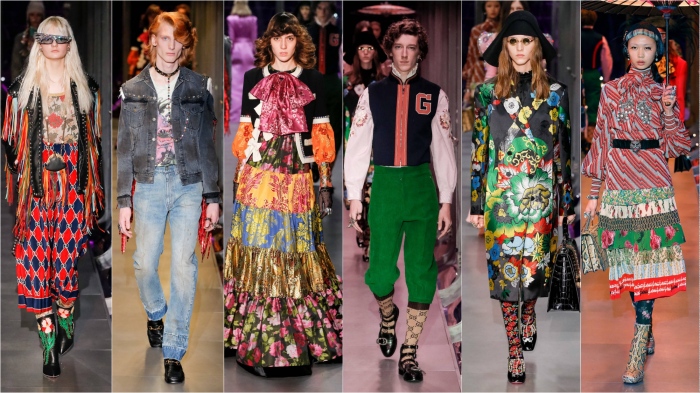 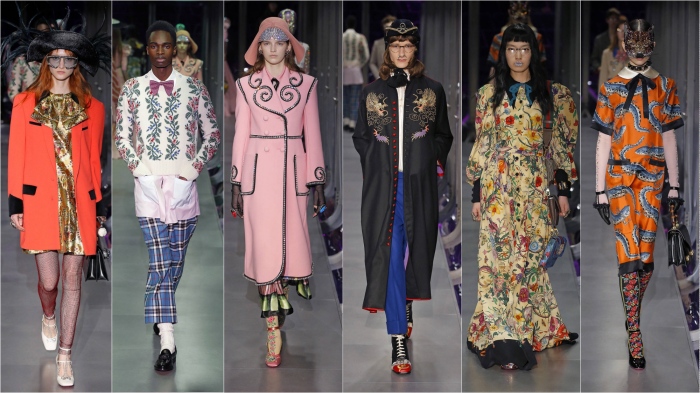 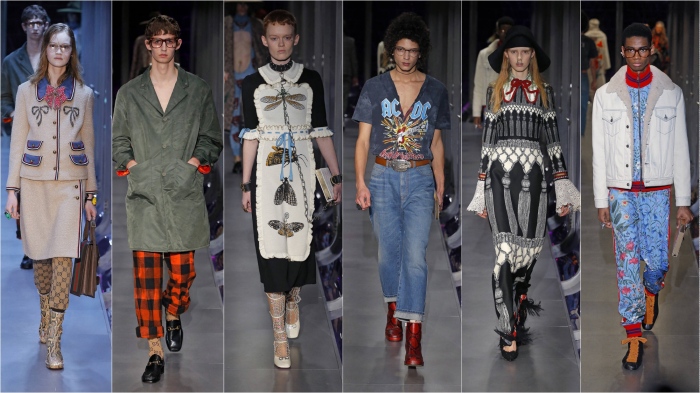 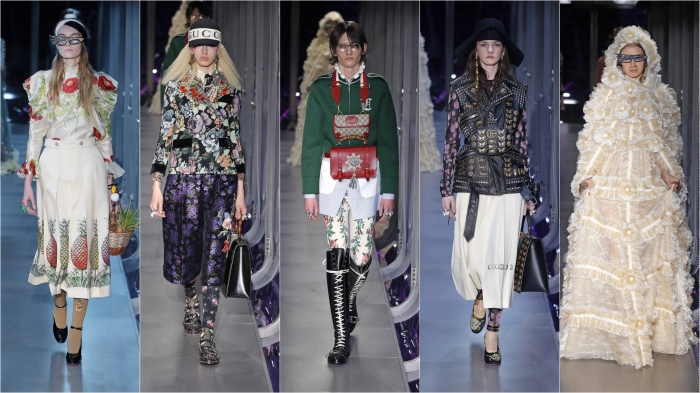