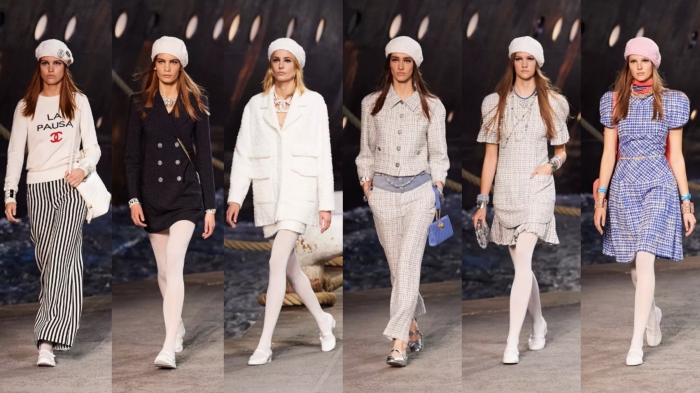 Pre-summer, resort, cruise. Call it what you will, but in Chanel’s case last week, Cruise seemed like just the right name. Karl Lagerfeld chose to show his latest collection in the Grand Palais, Paris, with the set design looking less palais, more cruise liner.

And the collection followed the theme. It wasn’t a homage to all-thing-matelot, thank goodness as too many matelot pants and sailor collars are always a danger when this kind of theme runs riot. Instead, Lagerfeld and team referenced the golden age of Chanel with the kind of clothes that those with time on their hands (and plenty of money) would have worn when cruising around the Med or the Caribbean about 80 or 90 years ago.

But while it didn’t dive deep into theatrical matelot-land, it didn’t exactly attempt to shake up fashion either. These were clothes for cocktails, clothes for deck games, clothes for dining at the Captain’s table – not for pushing fashion forward.

Yet Lagerfeld did bring it further up to date in one way – he fast-forwarded to 1980s with many pieces feeling like it was a nostalgia fest for the decade in which he first landed at Chanel. 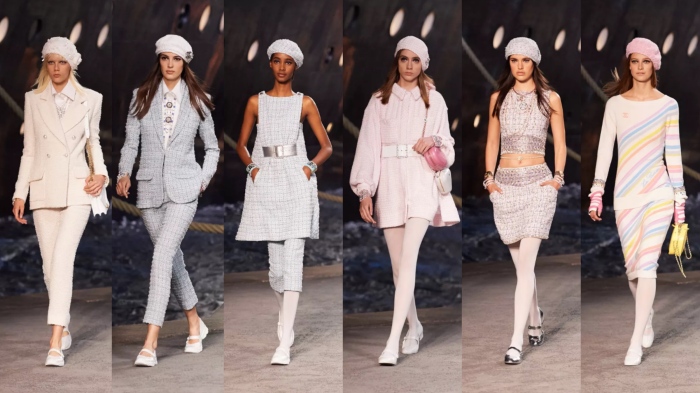 As mentioned, nothing there to excite anyone who likes their fashion with an edge, a frisson of excitement, and a feeling that they’re treading a new path. But it’s very likely to please the army of Chanel fans who like their fashion unthreatening and instantly identifiable.

What were the key takeaways? Well, it was hard to ignore the berets (they came with almost everything and worked well) or the white tights (they also came with everything and are one 80s trend we need to say a big NO to). 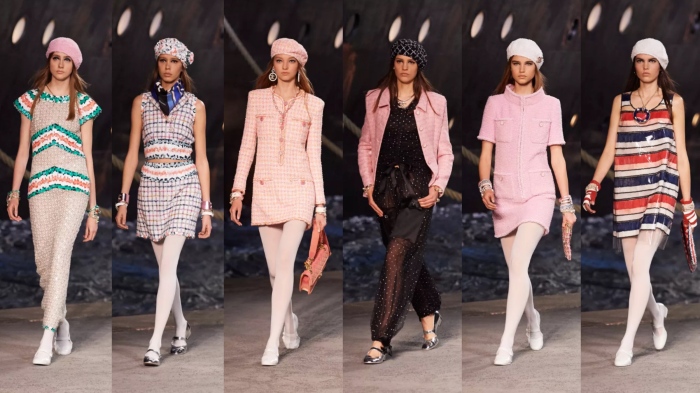 Not much to grab future fashion headlines but plenty for the high street to plunder and more than enough to keep the customers happy. 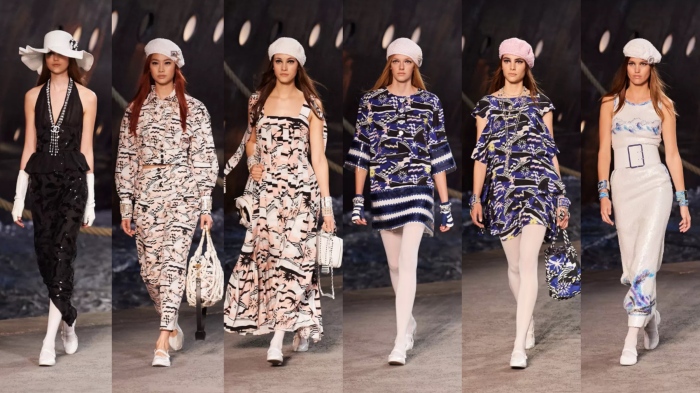