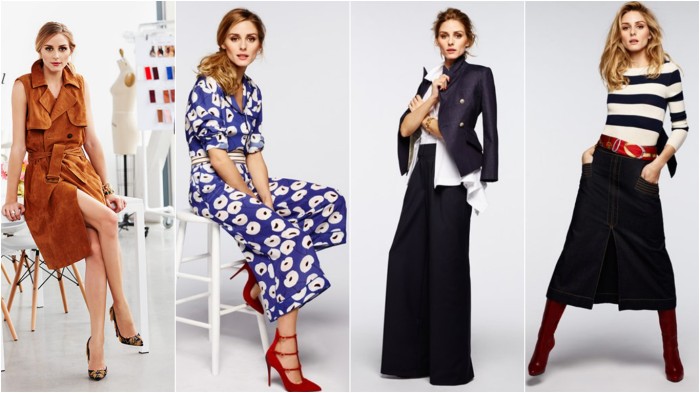 Share prices may be tanking globally and department store shares are suffering. But Nordstrom’s shares rose nearly 6% yesterday after it unveiled a new collection with Olivia Palermo and a new ad campaign.

Its exclusive Olivia Palermo + Chelsea28 collection features 32 different separates with roots in American sportswear staples, as well as dresses. Nordstrom is hoping it can get to a younger customer with this launch.

Prices are lower than you might expect for Nordstrom ($448 for a suede trench dress, $98 for a striped wool and cashmere sweater, $148 for a denim blazer). Will the people who might actually wear the clothes take to it as much as the people who buy the firm’s shares have done? That remains to be seen.

Meanwhile the See Anew campaign that also launched yesterday is another part of the high-end store’s effort to reach a younger customer. With that in mind, it has opted for a short film with models dancing through a kaleidoscope of mirrors.

It’s all about summing up spring and its fresh, optimistic mood while also showing the clothes off to their best advantage.

VP of Creative Projects Olivia Kim led the project with experimental filmmakers Tell No One of Good Egg, who created the kaleidoscope set.

The campaign includes print in the usual glossies (of course) plus TV, digital, video and social media. The latter will include sponsored posts across Nordstrom’s social platforms taking in Instagram, Facebook, Twitter and special programmes with SnapChat and Pinterest. See what you think of the campaign.