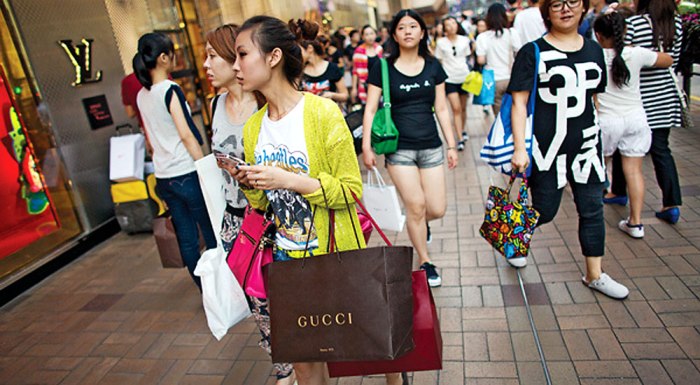 The importance of Chinese tourist spending to retail around the world has become even clearer with China’s Ministry of Commerce saying over 120m of its citizens travelled abroad last year, 12% more than in 2014. And Chinese President Xi Jinping thinks the number will reach 500m by 2020.

China has been the world’s biggest ‘exporter’ of tourists for four years running and in 2015 those happy travellers spent CNY1.5trn (£163bn/$230bn/€208bn). Importantly, while the number of people travelling abroad rose 12%, their spend was up 16.7%.

The growth was boosted by a number of factors, including falling oil prices that made airfares cheaper – they were around 12% lower on average last year, travel agents said. Also important was China’s currency gaining strength (except against the dollar) and overall higher income.

Of course, there’s a downside for the global economy as a result of this. As more Chinese citizens travel abroad they don’t spend their money in China. That’s contributing to the slowdown in the domestic economy that’s causing nervousness for business in the rest of the world.

The Chinese government is fighting back though and has formally approved the opening of duty free stores at the arrivals terminals of 30 airports to capture the cash of returning Chinese tourists who still have some money to spend.