E-commerce is growing fast worldwide with some markets having the potential to be massive. Cue India.

A new report from Forrester reckons the country’s e-tail market will grow from $12bn last year to $75bn in 2020, with a CAGR of 44%. That’s fast. The number of people buying online will also grow, but only by 28% annually, which means that individual buyers will be spending more of their cash online.

And Forrester also believes that combined e-tail revenue for India, plus China, Japan, South Korea and Australia will almost double from last year’s $733bn to $1.4trn in 2020.

India will be one of the two fastest-growing markets. And the other? China, of course. Despite fears of a hard landing for the country’s economy, e-commerce has a bright future there.

These five key Asia-Pacific markets are crucial to global e-tail because, when combined, they amount to more than the combined figure for the mature markets of the US and Western Europe.

Key features of the Indian e-commerce market are the important of m-commerce and the expansion outside the country’s major cities.

In fact, m-tail already accounts for almost 50% of the Indian e-tail market (compared to 48% in China but only 34% in the US). And Forrester thinks m-tail will overtake traditional computer-based e-commerce this year. 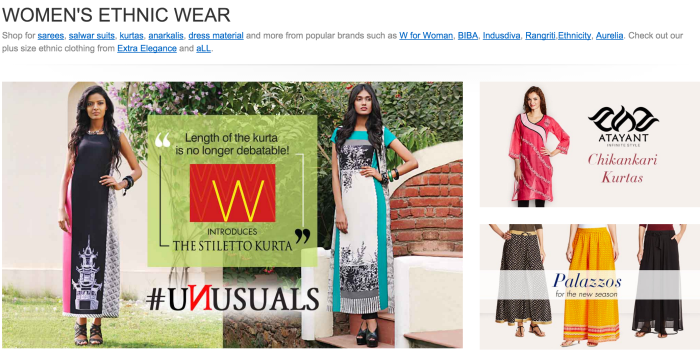 Part of the potential for e-commerce in India is its fast expansion to tier 2 and 3 cities. While tier 1 cities were the initial focus, with only 8% of the country’s population living in those cities, it’s important to move beyond their boundaries.

True, 8% of a 1.3bn population is a pretty huge market but just think of the massive market size outside of tier 1 cities. And not only that – think of the potential in tier 2 and 3 cities that have previously been deprived of flagship stores and a product offer as wide an deep as in tier 1 locations.

Add to that the lack of broadband in those smaller cities and you have the perfect market conditions for m-commerce to grow even faster than it is already.