I could probably be guaranteed to dislike the new Calvin Klein campaign simply because the press release that goes with it contains the words “zeitgeist”, “juxtapose”, “avant garde” and “millennials”. All that’s missing is “iconic”.

But what I really don’t like about it is some of the pictures. Not that I’m prudish, but hey, bum cleavage and crotch shots? I got over finding that arty when I was in my teens.

Some of the pictures are good (check out the first moodboard above), but the rest (moodboard two) feel exploitative – to me at least.

The fact that it was “shot by avant-garde photographer and filmmaker Tyrone Lebon” and “captures the current youth culture zeitgeist” doesn’t get us away from the fact that their basically just… well, bum cleavage and crotch shots. 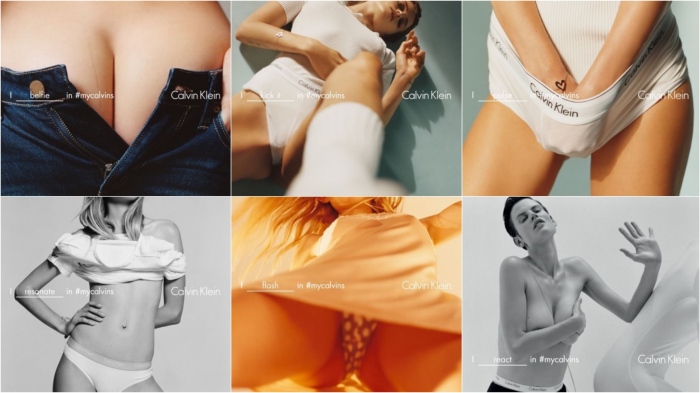 2 thoughts on “Calvin Klein campaign: The good, the bad and the ugly”