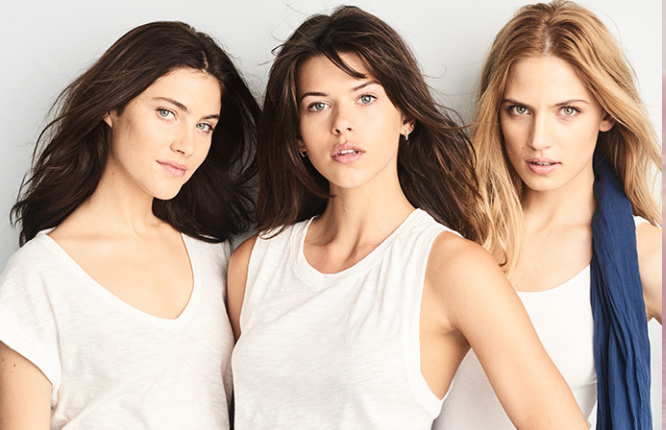 Gap SS16: “The perfect white T-shirt”, but do people want to buy it at Gap?

They say that before you can solve a problem, you have to admit you have one. So it is for Gap Inc. Like an unreformed addict, it’s been working on its turnaround for years but it has never really come out and admitted that the problem is fundamental.

Until now. Yesterday, on reporting yet another monthly sales slide and issuing a profit warning, CEO Art Peck admitted the retailer has major issues in turning itself around, that it’s looking at ways to improve efficiency and general operations, and that it’s mulling options for the international arms of its Old Navy and Banana Republic stores.

All that came after it announced that company-wide comparable sales fell 7% last month and that total sales fell too. Analysts had expected a small comps rise. Now, while comp sales (which only take into account sales through locations that were open a year ago) often fall, total sale usually manage to rise as they add in new stores.

The news that comps fell sent the shares down 10% after-hours and added further weight to the argument that Gap’s glory days back in the late 1990s will never be repeated because the retail landscape has simply shifted too far away from that business model.

Until now, Peck had been saying signs of the turnaround would start to show by this season. Maybe the weather put paid to that as even some usually-stronger retailers have been grumbling about cold, wet conditions, as well as an economic climate that’s not very pro-fashion at the moment.

So, what’s Gap Inc going to do? We’re not quite sure and won’t know until Gap gives more information later. But it looks like, internationally, the company wants to focus mainly on the markets where it has big growth potential. Could that mean it exits some other countries?

“Our industry is evolving and we must transform at a faster pace, while focusing our energy on what matters most to our customers,” Peck said in a statement. “We are committed to better positioning the business to recapture market share in North America and to capitalising on strategic international regions where there is a strong runway for growth.

“The company is identifying opportunities to streamline its operating model to be more efficient and flexible, while more fully exploiting its scale advantage.”

Now, that revenue figure proves that we’re not exactly talking about an Aeropostale or a BHS here. Gap is still a huge business that sells a lot of product.

But the days of two decades ago when such businesses were opening stores like they were going out of fashion and could dictate price have long gone. I saw the beginning of that end back in 1999/2000 when many chains thought the glory days would go on forever and that the pesky internet would always stay small. In fact, one retailer chief executive (who I won’t name!) made the classic comment that “the internet isn’t something that we have to worry about”.

In the years since, the internet has changed retail forever and pureplay rivals have eaten into Gap’s market share, while rampant markdowns have also detracted from Gap’s strength.

Of course, Gap hasn’t ignored all the changes that have happened this century and it should be able to capitalise on the mega athleisure trend via its Athlete chain. But it’s clear that this hans’t yet become the ‘fourth pillar’ of its business as it doesn’t break out comp sales for it. It would be interesting to hear how it’s doing though as it’s one part of the business said to sell more product at full price than the other chains. Maybe Gap would do better to dump Banana Republic and convert all the stores to Athleta!