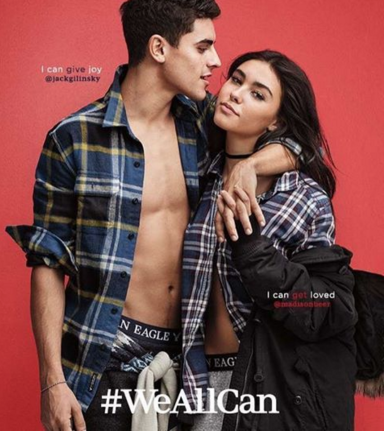 American Eagle Outfitters is going for the latter and is extending its #WeAllCan Fall 2016 campaign into the Holiday season with a new cast of “individual and diverse Millennials”.

The company said the move comes after the success of the original campaign globally.

So what do we get this time? A new group of influencers who have organic, romantic or familial relationships. Siblings, real-life best friends and couples were tapped, including: Madison Beer and Jack Gilinsky, Cole Sprouse and Dylan Sprouse, Rowan Blanchard and Yara Shahidi,  Chloe Bailey and Halle Bailey, Janiece Dilone and Heather Kemesky, Maxwell Poth and Adam Snyder, and Neels Visser with Markel Williams and Kendall Visser. 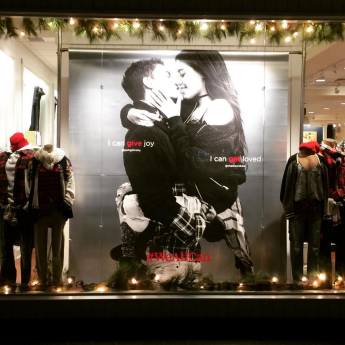 With an emphasis on the “we” in #WeAllCan, the new cast interact with each other in images and videos as they share what “I can give” and “I can get” means to them. And of course they’re wearing the brand’s Holiday 16 collection of Fair Isle sweaters, denim, plaid button downs, denim jackets, military parkas and printed cardigans.

All of which could make me pretty cynical but to be fair, the brand has partnered with Feeding America (the leading domestic hunger-relief organisation) to provide more than one million meals to people in need.

Starting in mid November, AEO will donate one meal through the organisation for every holiday gift box sold in-store and online. On Thanksgiving Day, it will donate one meal through Feeding America for every transaction that takes place on http://www.ae.com. Associates in stores throughout the US and in all corporate offices and distribution centres will also host food drives for their local food bank.