So Theresa May chose to wear a pair of leather trousers that cost £995 and had the cheek to be photographed in them for an interview. Quelle horreur!

Fortunately there’s nothing else bad happening in the world at the moment so we can really focus on how how much the Prime Minister spends on her clothes… and yes, that was sarcasm.

Why is it nobody ever moaned about how much David Cameron – or any male politician of any political persuasion – ever paid for his suits?

It doesn’t help when other female politicians wade in to sneer. Former minister for Women and Equalities Nicky Morgan said: “I don’t have leather trousers. I don’t think I’ve ever spent that much on anything apart from my wedding dress.”

Well, Nicky what you do or don’t pay for your clothes is up to you  and frankly, I don’t think it affects how you do your job. Does your ability to understand people’s problems rise or fall with he price of your trousers any more than it does with the price of your car or your weekly grocery bill?

It’s a shame that so many women in this country spend wads of cash on frilly white confections to get married in but then feel guilty spending more on the clothes they wear day in and day out. I’m not saying everyone has to spend lots as there’s a high street out there with plenty of lower-priced options that look good. But let’s not criticise women for wanting to buy expensive fashion any more than we’d criticise men for choosing a BMW over a Nissan Micra.

Whether you like Theresa May or not, I happen to think she’s the best dressed female politician we’ve had in, well… ever. OK, that may not be saying much given that most of them are either uninterested in dressing well or try to avoid beign too interested for fear of just the criticism Theresa May has received. It makes them all very conservative (with a small ‘c’) but I’m glad that the PM doesn’t dress like a sack of potatoes.

God help any female politician who ever gets to lead the Labour party. The criticism will probably be even worse if she dares to buy anything more expensive than £50. I think the last time we had a well-turned-out senior Labour female politician was Barbara Castle in the 1960s and look how everyone closed ranks to keep her getting too far above herself.

Unfortunately, prominent female politicians in many western countries do suffer from what I call the Marie Antoinette syndrome.

You see, in France for hundreds of years, queens were traditionally a bit plain but hugely popular, while kings’ mistresses were drop-dead gorgeous and spent way too much public money on staying that way. That made them more than a little unpopular. 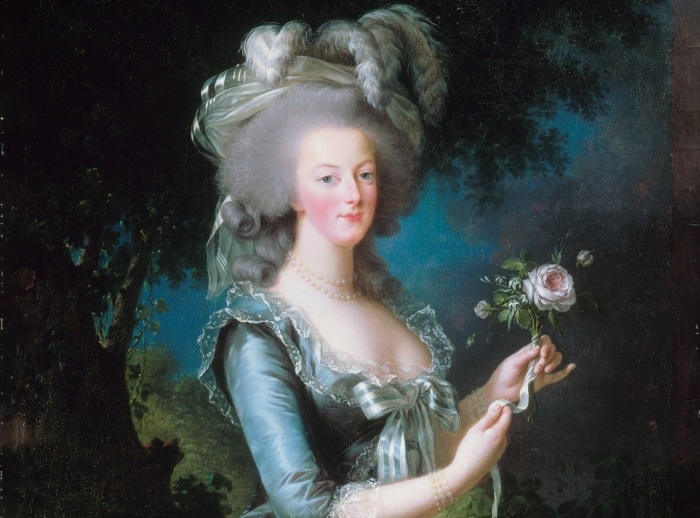 But Louis XVI didn’t have a mistress. He had a wife, Marie Antoinette, who was the Kim Kardashian of her day. And we all know what happened to her (in fact, Paris does seem to have proved to be a rather unlucky city for both of them).

Anyway, I digress. The fact is that Theresa May is feeling the impact of Marie Antoinette syndrome. Like Nicola Sturgeon in Scotland, she’s currently having to be the equivalent of both David AND Samantha Cameron, Barack AND Michelle Obama. If she dressed in those “please-take-me-seriously” suits that many female politicians choose, she’d be criticised for being too boring.

It’s part of her job to support/promote British labels and the fact is that £995 pairs of leather are part of that. Besides, if fewer women bought such luxuries, we wouldn’t have a British designer fashion sector.

Women just can’t win when it comes to fashion and politics but I hope Theresa May carries on wearing great clothes (and if she could cancel Brexit, that would be nice too).