Interesting to hear that the mini handbag trend is still riding high and that we’re all buying mini purses to go along with our mini bags. At least, in the US that’s happening but I assume the same trend is being seen in the UK, France, Italy, Hong Kong and everywhere else too.

It may be the polar opposite of all those giant totes people were carrying not so many years ago, but it makes sense. In the absence of sensible pockets on most women’s clothes, we all need something in which to carry our (increasingly large) smartphone and something that doesn’t require digging around in the dark reaches of a tote to find it.

Plus with less need to carry cash, coins and zillions of cards in a giant purse, the mini bag-and-phone combo can be a life hub that really doesn’t need to take up much space.

Who says so? Well, sales of smaller handbags are on the rise in the US and “smaller money accessories”, like card cases and coin purses, are cashing in on the trend, according to The NPD Group.

It said value sales of ‘money accessories’ excluding traditional wallets rose 13%, to almost $23m, in the 12 months to October 2016. 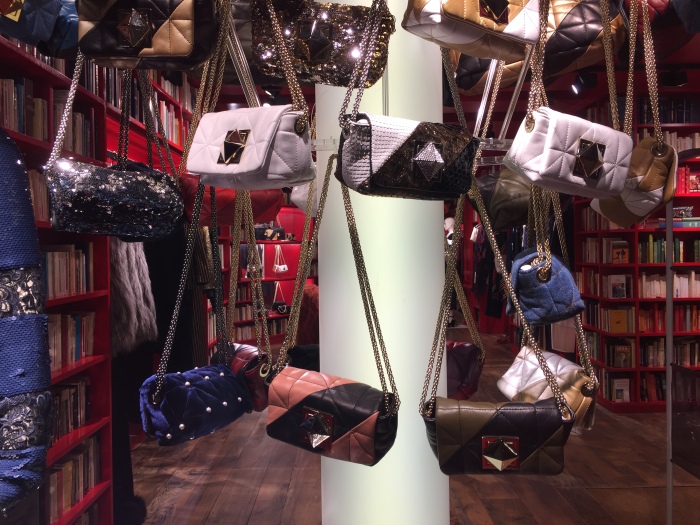 The sector’s biggest growth was in small bags as larger sizes proved unappealing with unit sales of small and mini handbags up 2% and value sales up 3%.

A side-effect of this has been increased demand for tiny coin purses and card holders just at the same time as sales of traditional wallets has declined. Let’s face it, if you can’t fit your wallet into your mini bag, you have to ditch one or the other. And you have to leave room for your smartphone.

“Consumers are realising that they don’t need to carry everything with them at all times,” said Beth Goldstein, NPD executive director and industry analyst, accessories and footwear. “The desire to simplify and streamline is made easier with the prevalence of electronic payment and loyalty membership app options – consumers can consolidate most of those cards that used to fill their wallets onto their mobile phones.”