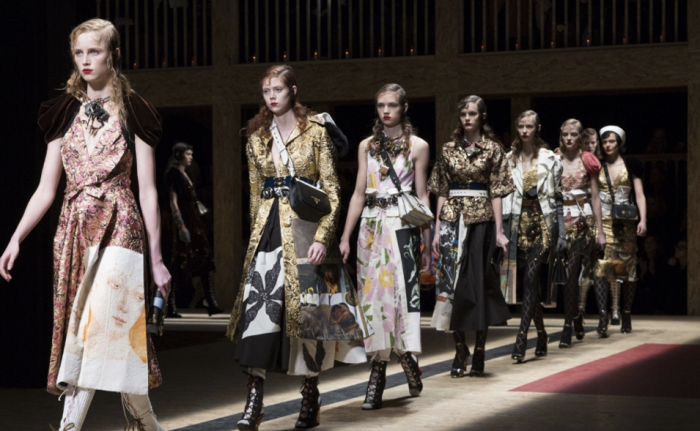 “I thought of it as like someone who has all the clothes she’s ever had on the floor in front of her in the morning and she must choose how she’s going to assemble herself.” That’s what Miuccia Prada said of the AW16 collection she and her team showed in Milan yesterday. And if Miuccia was a little confused about what we should be wearing, the critics were too.

They held back from saying it was fabulous. But nobody said it wasn’t either (it just doesn’t do so jump in and criticise something that everyone just might be raving over in a few months’ time!) Instead we got talk about concepts and descriptions of the key items.

Which is fair enough because frankly, there was a lot to love, from the directional to the commercial.

Prada is one of those labels that moves from easy blockbuster collections (as in 2015’s A/W offer) to not-quite-sure-about-that versions such as the current SS16 one. It’s an acknowledged Prada strategy to frequently follow the ‘wow’ collections with something more challenging and has been since the 1990s.

So where does AW16 fit in? Somewhere in the middle actually. It’s not quite wow, but you certainly couldn’t be indifferent to it. The more I look at it, the more commercial (and unchallenging) it feels. The latter is perhaps no surprise given that Prada seriously needs to kick-start some growth around its premier label.

That’s largely the job of the shoes and accessories that you’ll find in part two of this report. But the clothes count too just because it’s Prada and this label makes us want them.

Underneath the layers of styling, the clothes spoke for themselves and were created to be as low-key or high-profile as the wearer requires them, which is probably how it should be.

Dresses are a key part of any Prada collection and this time was no different. Forget the soppy sailor hats and the belts, just focus on the dresses themselves. They’re a perfect option for party season 2016 in gently retro brocades, with draped shoulderlines or as pretty semi-sheers. The print dresses meanwhile feel more summer than autumn/winter but then, if you’re a Prada customer, seasons (and the weather) are whatever you want them to be: you certainly don’t have to spend the winter in dull, wet London! 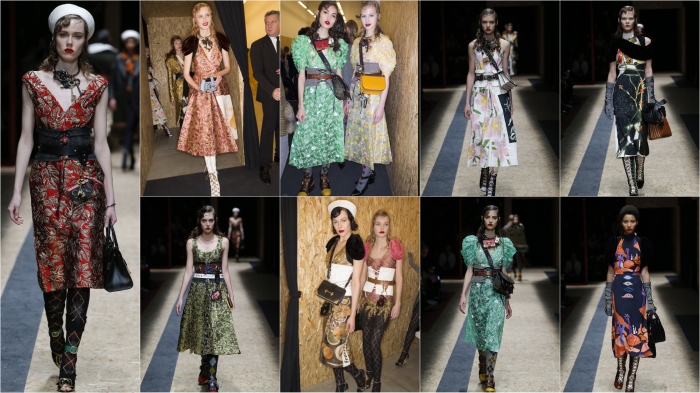 It’s been a stellar season for outerwear and Prada picked up the baton with style. Like other designers, the label flirted with width/volume on jackets (using fur to add bulk to already-wide pieces). Prada also loved the contrast of wool/leather with fur trims and the appeal of the cape. But enough of the coats were close-cut to offer an alternative to anyone who doesn’t like volume. Prada cut coats and jackets to fit the body but kept the effect informal via utility pockets or by using washed heavy cottons. 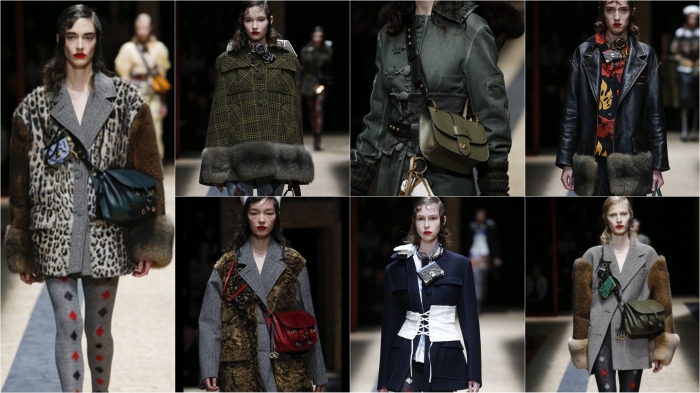 How to make an (Italian) quilt

Prada embraced the quilt trend, using traditional quilting as contrast panels on weather-beater jackets and cagoules, on textile bags and as pocket detail. It added a definitely casual edge to what was a fairly formal collection. 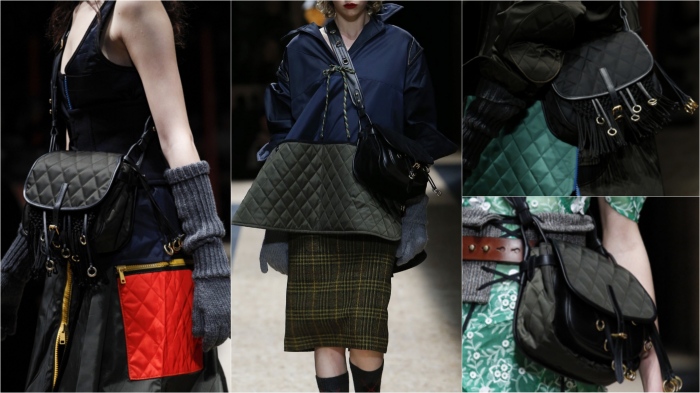 If Prada’s customers do venture out into the cold, they can happily wear their shorter skirts because the label has give the thumbs-up to the emerging trend for patterned and woolly hosiery. This cosy knit trend extended to gloves too with no sign of the luxe leather gloves that are usually a feature of Prada collections. 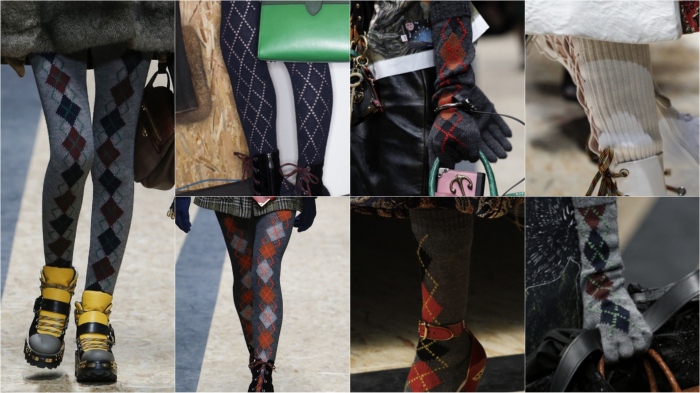 Prada enlisted artist Christophe Chemin to create a portfolio of surreal print designs. We’re told they were based on the French revolutionary reconstruction of the calendar. Not sure how. What we actually got was mix of the real and the faux, all mashed up to feel as eclectic as the entire collection. 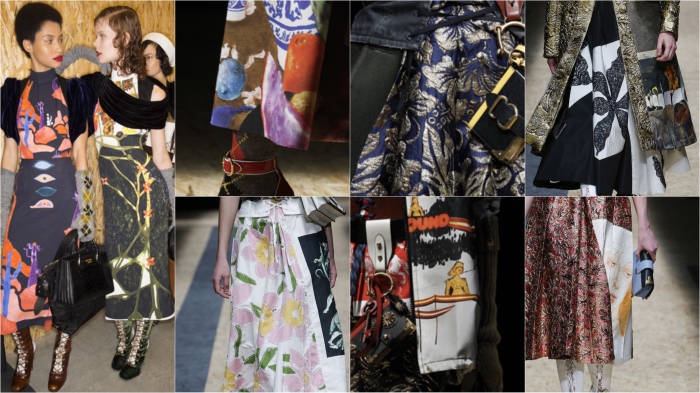