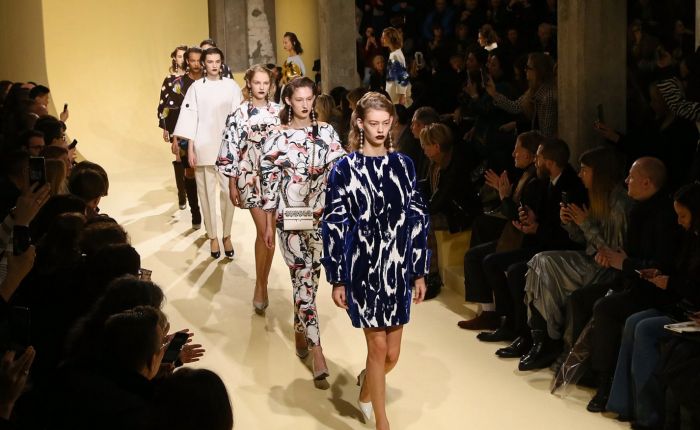 I’m a big fan of Marni. It’s one of those labels that goes its own way and is all the better for it.

Not that this always makes it the most popular of the Milan Fashion Week labels. Just compare the reaction to its H&M collaboration a few years ago. Strong seller though it was, it didn’t generate the same buzz (outside of fashion insiders) that collections by populists such as Versace and Alexander Wang did.

In fact, I turned up at the Bluewater store at 07:00 on the day the collection launched and I was the only person in the queue for over an hour. I could practically see the tumbleweed blowing by! 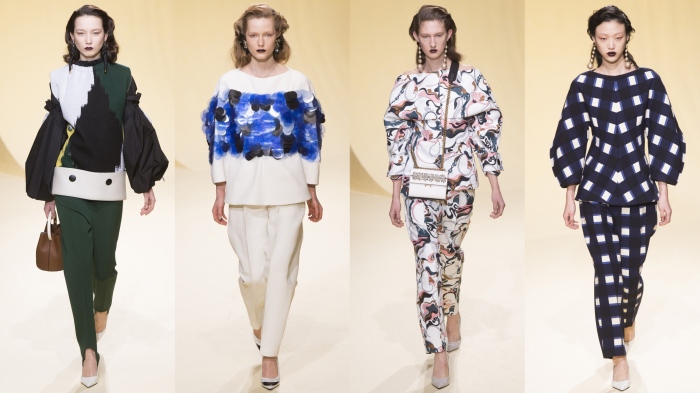 But maybe that’s part of Marni’s appeal. It has the air of an insider’s secret (albeit one that turns over hundreds of millions of euros a year). But then now that it’s majority owned by Renzo Rosso of OTB that’s no surprise given that he tends to specialise in labels like that, such as Marginal and Viktor & Rolf.

The AW16 collection that Marni showed today continued the grand tradition that Console Castiglioni established when she expanded Marni from its traditional fur house roots back in the 1990s. It’s quirky but grown-up. It feels on-trend but also ticks the signature – and very timeless – Marni boxes.

I loved the tunic top and trouser combos with each one looking very different from the other but obviously belonging to the same strand (and interesting to see the return of ski pants). I also loved the ballooning sleeves, the softly curved wide shoulder lines and the general feeling that these are clothes for real women (albeit rich ones, let’s face it, that check coat with what looks like a splatter print is actually very detailed beading) rather than those who spend their time on red carpets.