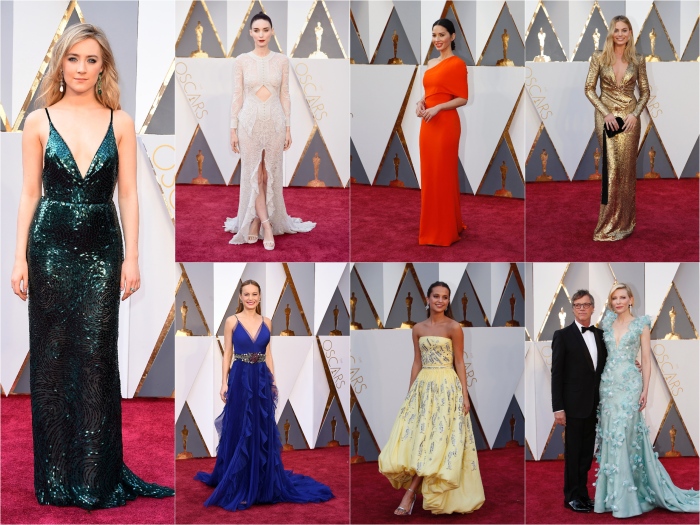 Effortless, cool, hardly a foot wrong. Those were some the descriptions of the the dresses on the red carpet last night and I have to agree. Even Tina Fey, who often gets it wrong, looked great.

In some ways it felt more low-key than usual but the lack of really OTT dresses was a plus as there was more to love and much less to laugh at.

Key trends? Deep V necklines, strapless, sequins, columns dresses, generally understated colour and simplicity on the beauty front. Nobody looks like they’d overdone the stage make-up and with hair ranging from simple updos to loose and slightly textured, it added to the ‘statement understatement’.

The deep V neckline dominated the red carpet, some of them more easily wearable than others. I assume there was a lot of double-sided tape used on the night! 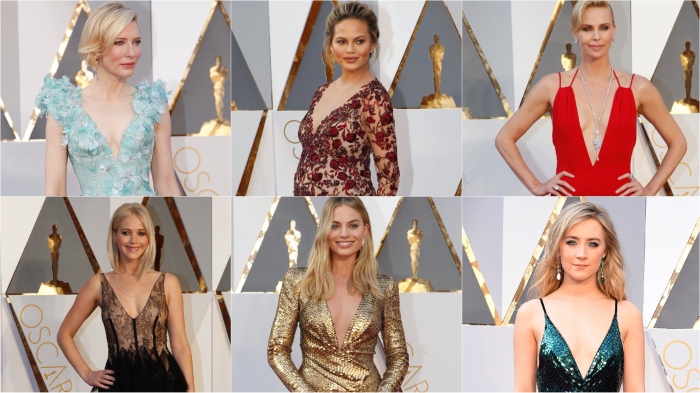 The most directional silhouettes were simpler, cut close but not excessively tight with elegant columns a popular option. Whether embellished, plain, simple or with elaborate detail, this is a key shape for bridal and eveningwear. 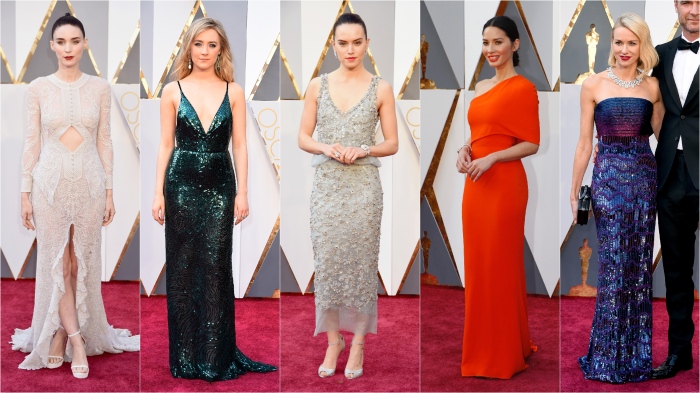 The strapless dress is a fashion classic and a red carpet favourite. This selection showed how varied it can be but also how colour has a major impact: Tina Fey and Reese Witherspoon may look like they were separated at birth but just a change of colour and the two dresses would look very different.

Shimmering sequins or shine woven into the fabric is a major feature of any red carpet event and the variety that can come from shine is clear from this selection. Think molten liquid looks or textural effects.

Intense colour can always make an impact and this time there were three clear choices: power red allowed designers to keep the cut simple; green proved a strong alternative colour that doesn’t always make it onto the red carpet; and a purple or blue-purple added rich intensity.

Subtle colour effects or no-colour colour proved unusually effective with a lack of neutrals but plenty of pale pinks, silvers, lemon, aquamarine and off-white. They all proved that it’s good design that makes an impact, not overpowering details.

Embellishment came as allover beads or sequins, heavy encrustation of gems and pearls, appliqué that relied more on texture than shine, or trailing flowers across a sheer background. It provided great inspiration for the bridal and occasionwear markets but also showed how subtle embellished detail can work for anyone who simply wants to shine rather than dazzle anyone within a 20 metre exclusion zone.

The TV critics were cooing over these two but I really can’t agree. Heidi Klum is dressed up like a birthday cake in Marchesa while Olivia Wilde in Valentino Couture is a bit too obvious. Both are labels that rarely get it wrong but the big problem here is the almost-desperate need to flash the flesh. Neither of these women (and neither of these labels) needs to be that obvious to make it work. 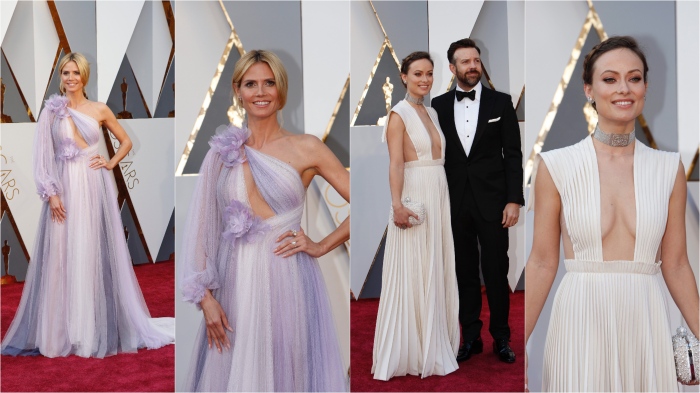