I was given a Kate Spade handbag once. It was linked to the brand’s first fragrance launch and the press kit came wrapped up in a beautiful tote bag package. Having at first assumed it was one of those not-quite-so-good promotional specials, my realisation that it was a real high-end bag practically had me hyper-ventilating.

I only mention this because, as Kate Spade’s latest financial results are released, it highlights the importance of the desirability factor in the handbag sector. Most of us don’t own a wardrobe of bags and for an item than can be pricey, a bag really has to call to us and make us long to own it.

That’s especially so in a handbag environment that’s seeing slower growth at the formerly-booming upper and middle ends of the market. Designer handbags are expensive, often eye-wateringly so, and we need compelling reasons to part with our cash. Brands from Coach to Michael Kors and Prada have all counted the cost of surging, then faltering, bag sales as those reasons became less compelling.

Those brands have all had to develop strategies to reignite their growth. But what about Kate Spade & Co? Well, the latest figures seem to show that whatever the company/brand is doing, it’s doing it right.

The company said its comparable sales rose 14% (compared to analyst predictions of around 11%) in the quarter that included the crucial holiday season and a week of the clearance sale period. Rivals Coach and Kors had reported comp sales dips.

With online sales taken out of the mix, the comp sales rise was a still-impressive 9%. And Kate Spade expects sales to rise in the low-to-mid-teens this year too.

Demand was driven by the company’s high-end Kate Spade New York handbags and other accessories, as well as its strategy of expanding into segments such as ready-to-wear and kids bags and clothing.

Not that we’re all individually buying more bags, but more individuals are buying into the Kate Spade brand with CEO Craig Leavitt saying Kate Spade is winning new customers.

Analysts said Kate Spade is a preferable choice for many consumers because it has a strong brand image and products that feel unique compared to the competition. That helps get shopper into its stores and allows it to shift product without resorting to discounting. 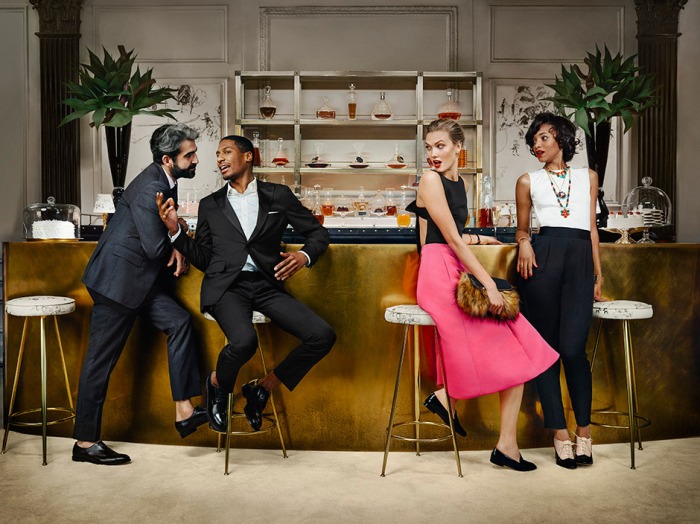 Not that everything was perfect during the quarter. Net sales rose 7.6% to $429m but that was below analysts expectations as the company restructured itself to focus on its core brands. And profit dropped by around half to $61.5m due to the year-ago quarter benefitting from a tax benefit.

But the prospects are generally positive. The firm expanded to eight new countries in 2015 and growth should continue as it enters India this year in a deal announced yesterday with Indian specialist Reliance Brands. The pair will open a network of Kate Spade New York stores across India later in 2016.

It’ll be interesting to see how this year works out for the handbag market as a whole. Those major rivals Coach and Michael Kors are both reinventing themselves too so will all three of these powerful brands manage to pull off explosive sales growth in 2016? We’ll have to wait and see…