In an interview in the past few days, the CEO of merged the Yoox Net-A-Porter Group said: “One of my biggest objectives is to transform the company into a mobile-only company.”

While various news outlets jumped on that statement, it’s probably not quite as bold as it seems. Convincing luxury shoppers to permanently abandon a bells and whistles website for an app might be tough, however good that app might be. The Yoox app certainly isn’t good enough just yet, even though the Outnet app is pretty impressive.

Full-scale websites still have their place and will continue to do so but Federico Marchetti’s statement of intent does underline how important mobile has become at all levels of the market. Perhaps he should have said he wants YNaP to be a mobile-first e-tailer, rather than a mobile-only one.

For now, he told Associated Press, mobile accounts for less than half the firm’s total turnover but Marchetti expects sales via smartphones and tablets to be around 75% of sales (sales totally €1.74bn last year) by the end of 2020. He also wants overall sales to rise 17% to 20% annually in that timescale so he’s obviously not a man with modest ambitions.

To help his ambitions, the company is developing apps (what else?) and finally added text search to its Yoox app recently, as well as a television shopping app with Apple TV. We should see more of this kind of thing for the firm’s own brands, as well as the e-stores it runs for brands like Marni, Jimmy Choo, Dolce & Gabbana and Armani, when its London tech hub opens next year.

Of course, tech doesn’t have to mean apps. Marchetti told AP that the company has some inventive ways of meeting its same-day delivery commitments. It introduced services like seaplanes to drop off rush orders to the Hamptons. Less tech but equally welcome is the try-it-on-while-we wait courier service. Not sure if they’d ever consider sending a Helicopter to Sidcup and getting it to wait while I make up my mind, but it’s a nice idea.

I doubt it though as I’m not one of the firm’s EIPs (that’s Extremely Important People). They may account for 2% of customers but they spend one-third of the cash that the business generates. Still, come that big lottery win, I’ll be on the EIP list. And I can’t wait for that helicopter to land in my front garden… 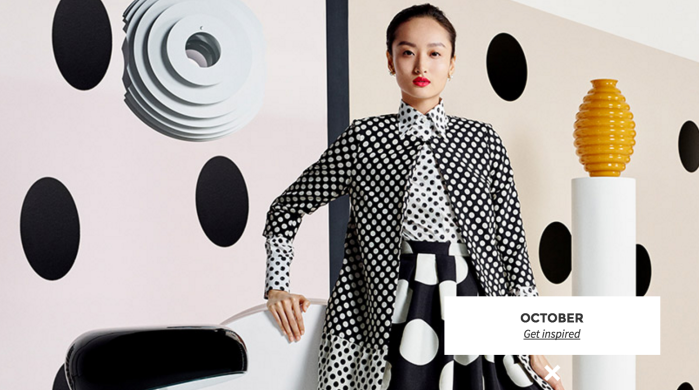