I took a trip down Oxford Street, South Molton Street and Regent Street in London yesterday, fully intending to photograph as many windows as possible. Unfortunately, I was sidetracked by Gap’s “all jeans for £20” one-day-only offer. When you’re weighed down by two pairs of Real Straight 26 waist/short and eight pairs of men’s Slim, 32 waist/32 inside leg, it’s VERY hard to lift a camera.

I regretted going jeans crazy almost as soon as I realised how heavy the bags were. Still, it had to be done – living with a man who drops his coffee and says “HOW much?” when you tell him the somewhat-underestimated price of your latest pair of shoes, you get used to jumping on a bargain. And he does look VERY good in a pair of Gap slim-fit jeans too.

But I digress. Before my visit to three separate branches of Gap, I was struck by how relatively un-busy Oxford Street seemed for the time of year. It was also highly promotional. The Gap offer wasn’t out there on its own and nor were H&M’s windows the only ones to be plastered with money-off signs (in this case,  “up to 60% off”). 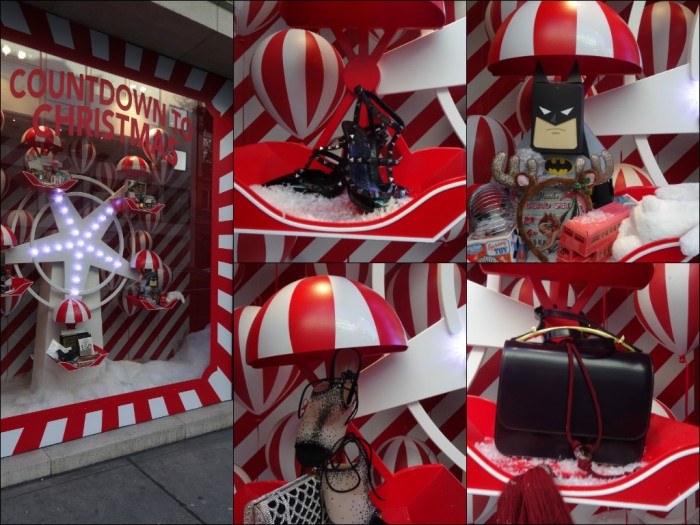 Aside from the bargain prices, the overwhelming impression was of a West End full of tactile textures. Whether it was All About Christmas or a more regular offer (like Banana Republic’s gold coated ‘tweed’ pieces) I just wanted to touch everything. Alongside that there was an explosion of colour with clashing brights and clashing patterns standing out against the grey pavements and grey skies.

And you can add to all that an overdose of shine. This wasn’t the usual Christmas shimmer but a full-scale endorsement of the metallic trend – expect even more of that as we move into SS16. 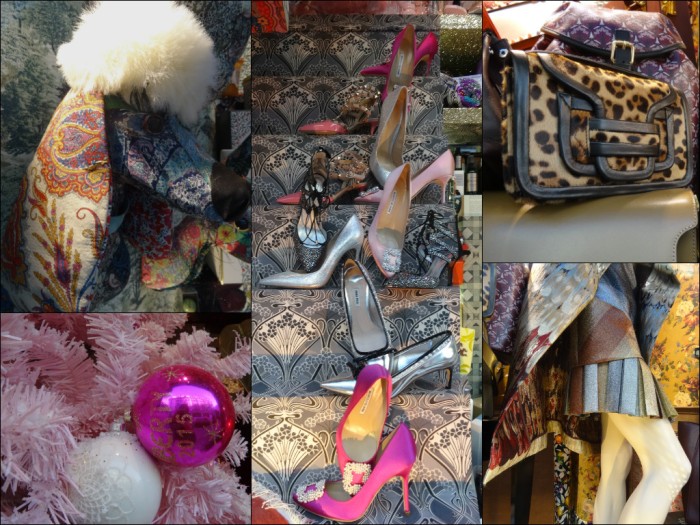 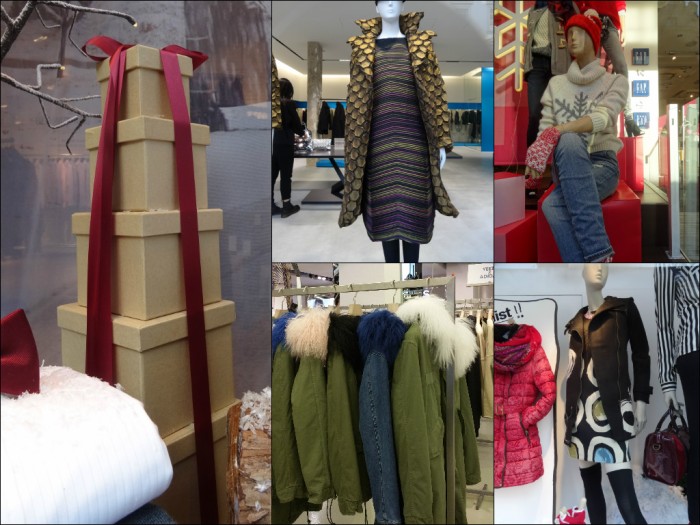