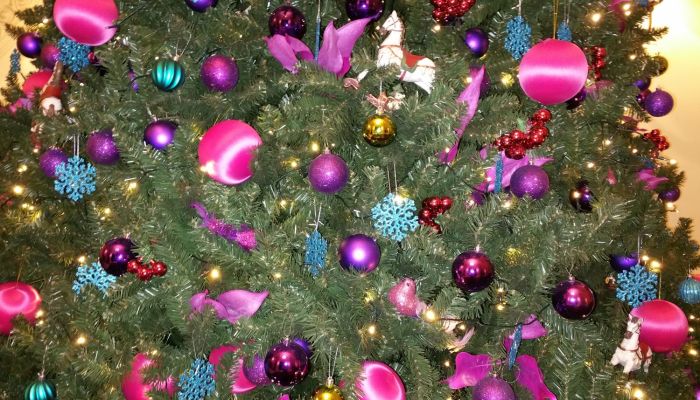 The holiday shopping season in the US was a success – of sorts – according to the latest figures from MasterCard SpendingPulse. Sales for November and December rose a better-than-expected 4.6% and sales between Black Friday and Christmas Eve surged 7.9%. Yippee.

And the force was with fashion as well as furniture with MasterCard’s Sarah Quinlan saying rising sales of both categories reflected increasing consumer confidence, as well as savings made due to lower gasoline prices. Apparently, of every dollar people have saved on lower gasoline prices, they’ve spent $0.72 on other products.

Of course, what also most likely helped (on the fashion front at least) was the high level of discounts available in-store and online, plus cooler temperatures that finally boosted cold weather clothing sales. It all meant women’s clothing sales rose in double-digits.

Online was big winner as far as sales channels were concerned in the last month with a 20% rise and 70% of shoppers doing research online.

The online surge isn’t expected to continue at that rate for all of 2016 but for holiday spending, it seems to be a fixture. MasterCard’s Sarah Quinlan said that over the holidays, when shoppers are using e-commerce, they’re buying for someone else and gifting an online purchase shifts the return responsibility to the recipient. “E-commerce is an important channel for shoppers throughout the year, but it definitely spikes during the holiday season,” she said.

Meanwhile, Craig Johnson of Customer Growth Partners said December 26 was the busiest day-after-Christmas ever. And the late shopping surge both online and in-store turned “a miserable season into at least a mediocre one” with the Saturday before Christmas having appeared to be even busier in-store than Black Friday.

The good news is expected to continue this week with Johnson telling Bloomberg it’ll be helped by shoppers with gift cards. They turn up in-store looking for bargains but are more willing to pay full price as they see the cards as “found money.”

Hopefully that will give a much-needed boost to retailers as their transitional season fashion product starts to drop in-store in the days ahead.

Now for the bad news…

As always, the story isn’t one of 100% good news. Mastercard said watches, jewellery and electronics – three product categories that should fly pre-Christmas – actually dropped across the holiday shopping season. And menswear was down too. Electronics appear to have suffered from the absence of a must-have new item and from price deflation, despite the large number of smartphones, smartwatches and drones available.

And we should remember that while shoppers are more prepared to buy big-ticket items, womenswear demand (once shoppers have bought their puffa coat and their party dress) could be volatile in the months ahead. That’s worrying, given that the holiday season rise in demand was most likely driven by deep discounts and so could hurt retailer profit margins.

She told MarketWatch: “Most people tend to only buy clothes twice per year: spring and fall. We can wear more casual clothes all the time, so we’re not buying two separate wardrobes anymore. We’re buying fewer clothes, period.”

Maybe I should withdraw the “yippee” I uttered at the start of this story and replace it with an “ouch”! It seems that while today’s MasterCard report is good news generally, it looks like we’l l have to wait until January’s individual earnings reports are released to get the full picture of the season…