A new global survey has found that all of us are becoming increasingly m-commerce-friendly as our phones get bigger and more powerful, and as shopping apps and responsive websites make small screen shopping a breeze. But consumers in which country are the most obsessed with buying stuff on their mobiles?

Yes, you guessed it. It’s we Brits. Episerver (which makes e-commerce platforms) has surveyed consumers in 10 countries and found that 59% of consumers in the UK have made a purchase via their device’s web browser recently. That easily beats the other top smartphone-focused countries such as the US on 50%, and Australia on 46%. At the bottom of the m-commerce-friendly list are Belgium and The Netherlands on just 36%.

Also interesting is the fact that smartphones may be called mobile devices but as they get bigger and better, they’re increasingly replacing traditional computers for shopping when consumers aren’t out and about. In fact, US consumers are more likely to access mobile websites from home, with 68% saying home is where they usually browse on their phone.

And what’s the product category shoppers globally buy most often when shopping on a smartphone? Clothing. The fashion sector is out there in front it seems as our fashion shopping trips increasingly involve little more effort than a few taps. Well you must admit, it certainly beats the struggle to find a parking space and the humiliation of communal changing rooms. 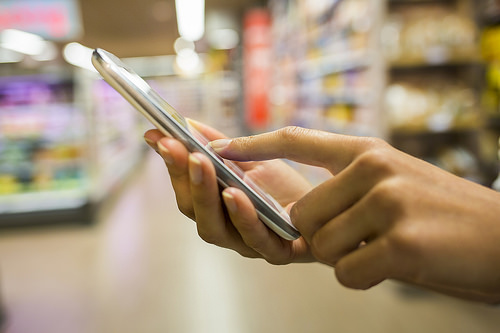 Omichannel may have become an over-used word of late but there’s no getting away from it. Even in countries with lower smartphone shopping, the trend is definitely towards mobile being a key part of the shopping mix. In the UK, consumers are 12% more likely now to shop via mobile than they were a year ago. And when they say mobile, that also includes tablets, of course – a massive 87% of us now use a tablet to e-shop.

But this mobile revolution appears to be helping physical stores too. The report also said that half of UK consumers include “on the high street” as one of the top three locations in which to use their mobile device. And in the US, 39% of respondents listed physical stores as a key location for mobile web browsing. So, it seems omnichannel rules as shoppers use their phones to search for deals and compare prices before buying in-store.

“Done right, digital doesn’t kill high street shopping, it enhances it,” is how David Bowen, Director of Product Management for E-commerce at Episerver, puts it. 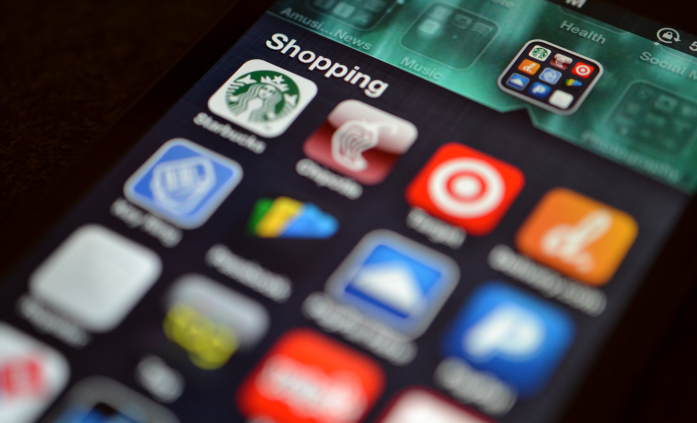 What’s interesting though is that while app usage is soaring, more people are still using their phone’s browser rather than retailer apps to m-shop.

Apps aren’t exactly being neglected. Americans are particularly app-happy and 29% of them have made an in-app purchase in the last month, with the UK just behind on 27%

But something is hindering their take-up. Those smartphone shopping fanatics in the UK should be sophisticated users of apps, don’t you think? Not a bit of it. As many as 40% admit to never having used a mobile application to make a purchase.

Why is that? The survey doesn’t say, so I’ve done some of my own research. The five people I asked all use apps to shop on a tablet but less so on a smartphone with reasons including “apps drain my phone’s battery”, “I don’t want too many apps on my phone”, and “the apps aren’t as good as the website”.

Personally, I’ve bought via the Outnet, Vestiaire Collective, Argos and eBay apps more often than their websites and have also bought from the Yoox app. Those apps are easy, quick, and convenient. But they’re also prone to problems – many’s the time that an app hasn’t given me as many search results as a website, or a dropdown function hasn’t worked, or a transaction has failed to go through. It means I don’t always trust apps.

Is this a widespread problem? Possibly. Perhaps the most spectacular (and horrifying) example of app unreliability is the UK couple who recently missed out on a £35m lottery win because the app said the transaction had gone through when it hadn’t.

Anyway, it seems there’s still a way to go before the mobile shopping experience becomes perfect but this report shows there’s no way back from m-commerce. Read more here.

2 thoughts on “Guess which country is most likely to shop on a smartphone?”