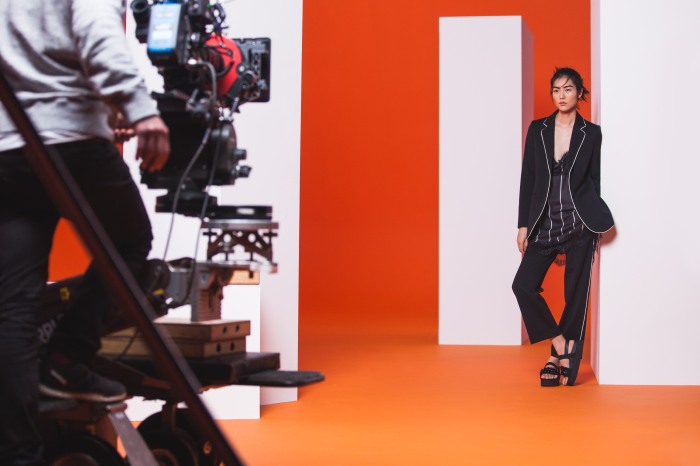 After launching the Tribal Spirit micro collection this February, featuring Kendall Jenner, Mango has now unveiled Soft Minimal, the second trend to be highlighted in advertising campaigns for SS16 And the look? It pays tribute to the minimalist style of the 90s, we’re told. Mango is using Liu Wen, Asia’s most ‘international’ model, as the collection’s face.

Soft Minimal, available in March, features “feminine” knitwear alongside a combination of dresses, lace tops and oversized pieces. Monochrome slip dresses dominated the 90s and were a key runway trend for SS16 so Mango has included them. There are also flowy silk separates, “inspired by the supermodels that epitomised the 90s.”

The company is continuing with its change of strategy, focused on stocking its stores and website with the latest trend pieces every fortnight and on launching a different advertising campaign every month, featuring the trend of the moment together with the face that best defines it.

Implemented in early February, the aim of this new strategy is to offer on-trend products in all of its stores and to adapt the advertising media and tools to the digital age, “in order to respond to speed and immediacy of the fast fashion world.”