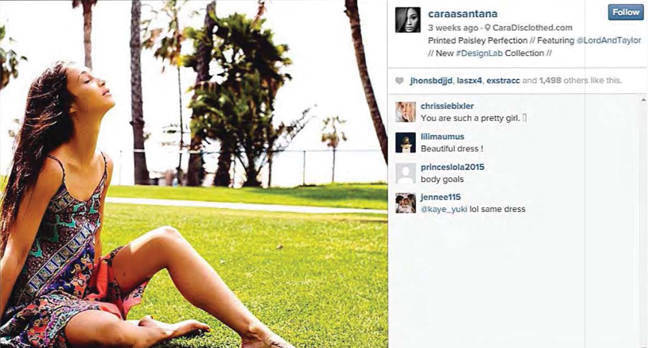 An Instagram post from a fashion influencer is worth thousands of dollars of paid advertising, except…. when you’ve paid for it.

US department store Lord & Taylor has been taken to task for a campaign it ran last spring that included paying 50 influencers up to $4,000 to wear a particular dress from its Design Lab collection and post pictures of themselves on their Instagram feeds. The retailer also got to approve the copy but nobody owned up in their posts to being paid.

Lord & Taylor also ran a paid-for article in Nylon online, which didn’t disclose that it was paid-for (which is odd because the ‘advertorial’ feature has been around for decades in magazines and clear guidelines exist around such content).

Anyway, that’s all against US law and has been for a long time. The Federal Trade Commission (FTC) didn’t fine L&T but could if it reoffends.

I’m not sure if that’s much of a penalty given that the the campaign reached 11.4m Instagram users in two days, led to 328,000 brand engagements and meant the dress was a sellout.

Regulatory bodies worldwide have been acting on such behaviour with more and more of them forcing brands and celebrities/influencers to disclose whether they’re being paid to use/wear/endorse the products they talk about or photograph on their social media feeds.