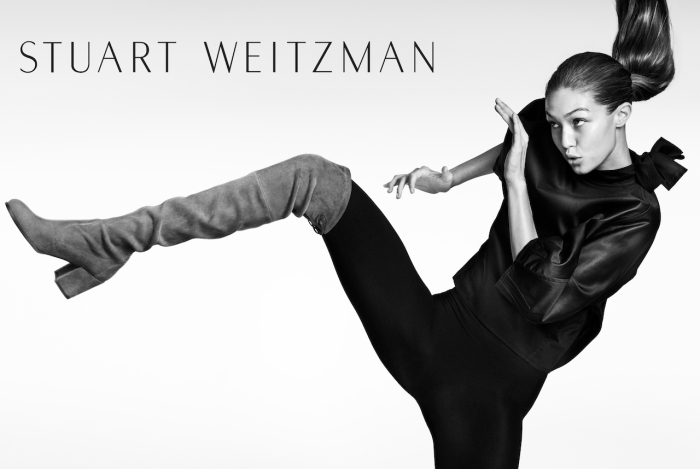 I never used to be a great fan of Stuart Weitzman ad campaigns. Loved the shoes (and boots) yet the campaigns always seemed a little, well, cheesy, especially the Gisele series.

But I think I was probably out of step (pun intended) with the rest of the shoe-buying world because the brand has undeniably been a storming success in recent years. Its sales have been powering ahead and helping owner Coach firmly onto the recovery trail.

And the addition of Gigi Hadid as the campaign star for SS16 seemed to cement that success as the campaigns stepped up a notch and sales continued to soar.

The fact is that this is one brand that knows its customer inside out and always offers up its signature style with just a little fashion evolution each season. And there’s nothing wrong with that if it works, which it certainly seems to do for Stuart Weitzman.

For instance, while the industry has been trying to convince consumers out of their ankle boots and into over-knee boots for a quite a while now, Stuart Weitzman has been one of the few brands whose over-knee boots are an on-going success story.

How so? The brand’s products are sexy but surprisingly simple, good quality and (relatively) affordable given that quality level. They’re on-trend but not too challenging at the same time. It seems Stuart Weitzman has found a formula and is determined not to tamper with it.

She’s been photographed in black and white by Mario Testino in a pair of over-knee boots in a pose “inspired by Gigi’s real-life workout regimen”.

And as well as the over-knee boot, she’s also been shot in one of the key footwear trends of the forthcoming season, the wider mid-calf boot. It’ll be interesting to see how that silhouette goes down with women who are as wedded to their ankle boots as they are to their skinny jeans. 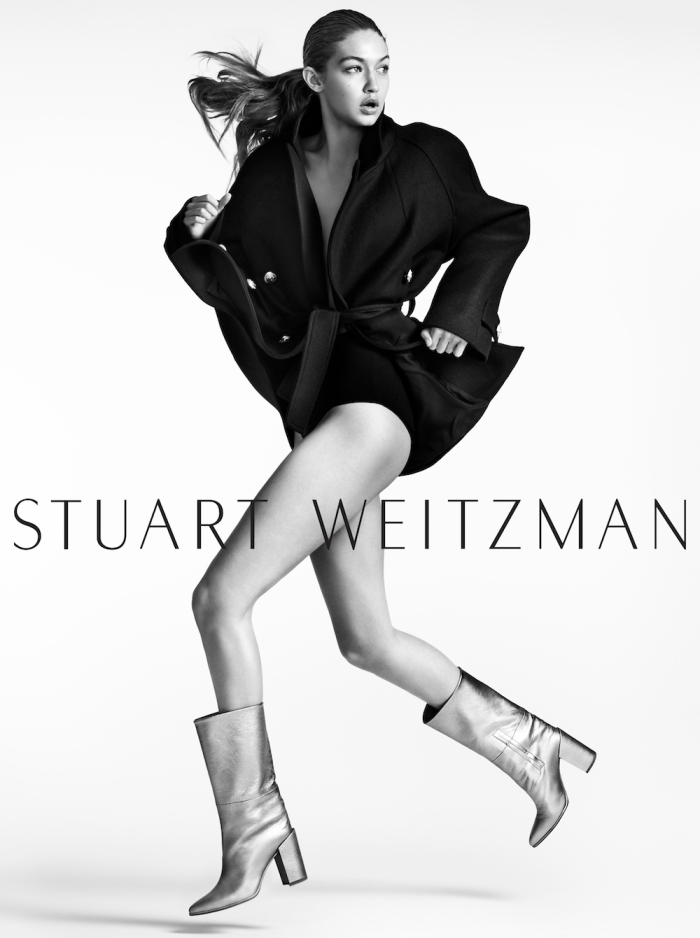