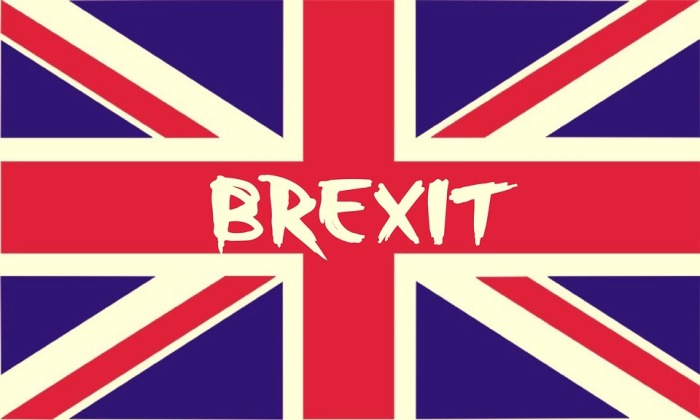 So here we are, a few days after the most momentous vote in modern UK history with lots of people saying “let’s see how it plays out”. How has it played out so far?

Chaos. The UK was the world’s fifth largest economy last Wednesday. Today it’s the sixth largest. That’s how much he pound’s fall affected us.

There’s a petition calling for a second referendum that has over 3m signatures. Funnily enough, the petition had actually been launched weeks ago by a Leave voter as he thought they were going to lose. But now it’s been hijacked by Remain voters he thinks they’re behaving very unfairly.

Similarly, UKIP ‘leader’ Nigel Farage, who last month said that if the vote was as “close” as 52:48 in favour of Remain, he’d insist on a second vote because it would be “unfinished business”. Does he agree with that view now? Yeah, right?

Prominent Leave campaigners are quietly backtracking on promises they made (“I didn’t actually say that” is a commonly-heard statement at the moment) and the police are investigating reports of racist incidents against Poles and Muslims.

The Conservative party is almost minus one leader (but with plenty queueing up to take his place). Many in the Labour party have realised that, whatever they think of Jeremy Corbyn personally, he has little chance of appealing to a wider electorate and forming a government in the event of a snap general election. That message hasn’t got through to others in the party though, including Corbyn himself.

Oh, and Scotland is thinking about another independence referendum as the basis on which it voted to stay in the UK has changed. It’s also talking about voting to block any attempt at Brexit.

Sibling’s Sid Bryan summed it all up saying: ‘I’ve never been more disappointed in my own country. A divided country. An idiot Prime Minister. A fool waiting in the wings.”

As the London Stock Exchange prepares to start trading, retailers like Next, Debenhams, Marks & Spencer, Sainsbury’s, SuperGroup, Asos and Boohoo must be hoping they don’t see a repeat of their double-digit share price falls of Friday.

So, that’s the story so far. The fashion and businesses communities meanwhile are partly in shock, partly saying little for fear of sending their share prices down even further.

The head of the CBI says Britain will have to adapt. Director general Carolyn Fairbairn said: “Many businesses will be concerned and need time to assess the implications. But they are used to dealing with challenge and change and we should be confident they will adapt.” That was a statement one Leave-supporting newspaper said was a massive hypocritical backtrack for the Remain-supporting CBI. It also suggested Fairbairn meant we’d “prosper” outside the EU but on that point I’m not at all sure if they sure if they were reading the same statement as me.

Meanwhile Next CEO Lord Wolfson (who was a prominent Leave supporter) warned of rising prices as the fall in the value of the pound would increase sourcing costs for the products it buys that are made abroad. He expects clothing to get more expensive from next year as currency hedging and other factors mean it will take time for the price rises to work through.

Prices like petrol and food are likely to rise much faster than that though. But while rising freight costs will hit the retail sector early, as will other rising prices that could cause consumers to cut back on discretionary spend, Wolfson isn’t changing any of his forecasts as he said he feels quite confident. Maybe he’s right. Many fashion industry forecasts for this year are low anyway and given the on-going wet weather, few would have been expecting a buoyant summer season even without the Brexit earthquake.

Jigsaw boss Peter Ruis said on eo this big concerns was that migrant workers needed to be given assurances by the government. The chain has 800 staff and around 30% of its workforce are from outside the UK.

Karl Lagerfeld meanwhile blamed rural voters for the referendum result saying the cities were pro-EU and that ”I don’t think it will work out, they may have another vote. I don’t think it is a good idea. The analysis of the vote shows that it is a bad decision. We don’t need to say much more about it.”

Of course, we will be saying lots more about it and while some UK retailers are worried, there are concerns worldwide too. A Citigroup analyst said Abercrombie & Fitch, Michael Kors and Signet Jewelers have massive UK exposure and could suffer. But those with smaller UK links such as Macy’s and Saks might suffer too in an overall lower-growth economic environment.

And of course, it’s the bigger economic impact of Brexit – the impact on the entire world – that’s also important. Just look at Mexico. On Friday, its government announced a $1.68bn cut in spending on expectations of a global economic shock from the Brexit vote.

Countries closer to home are worried too. WWD reported François-Marie Grau, MD of the French Women’s Ready-to-Wear Federation, highlighting the impact on France’s fashion sector: “The UK is our fifth client in terms of clothing exports. French apparel exports to the UK were up 16% to €750m in 2015. We see two impacts in the short term: a monetary effect with the plunge of the British pound that will make our collections more expensive, and a challenging export market with a decrease of consumption in the UK.”

I could go on. Economists, retailers, designers, politicians, trade bodies and more worldwide are currently lining up to express fear/anger/sadness over the Brexit vote.

The fact is, Britain is currently a bit like the kid who doesn’t want to play any more and has packed up and taken its toys home so nobody else can play either. Of course, the rest of the world will go home and get its own toys out and will probably, eventually, let Britain play with them. Moody’s said Friday it expects the UK and Europe will eventually agree to keep most (but not all) current trading relationships.

But the UK will have to pay for that, of course, and won’t have any say in EU decisions or an opt-out on issues it doesn’t like if it wants to maintain its advantageous trading deals. And in the intervening years, while we all sit and sulk, a lot of jobs will be lost, a lot of business opportunities will be missed and a lot of money will be wasted dealign with the effects of this vote.

One thought on “Brexit: Chaos theory and the story so far”