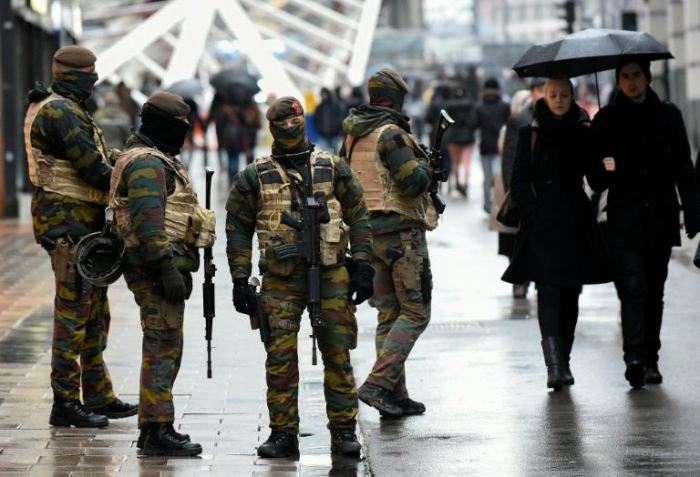 France’s government may have been encouraging citizens to “go shopping” but it appears many of them aren’t listening, at least as far as physical stores in Paris are concerned.

And the fear of shopping appears to have been exported with lower footfall in London too, while Brussels remains a ghost town.

Ten days after the latest terrorist outrage, flagship department stores, key fashion streets and Christmas markets in Paris are seeing very slow trade, despite the reassuring presence of increased security on the streets and bag checks at store entrances.

And the effects aren’t only being felt in Paris. Clothing stores in town and city centres across France have seen footfall down between 20% and 30% since the attacks, Bernard Morvan, president of the national clothing federation, said yesterday. In Paris, Printemps said its footfall has been down 30% while Galeries Lafayette has dropped by half.

What it all means is that the Christmas shopping season that’s so vital for retail, could be a complete washout. There are particular concerns that many smaller businesses may struggle to pay for the goods they’ve ordered and that could lead not only to retailer failures but supplier closures too.

But despite those falls at the flagship department stores, it’s clear that even a 30% footfall drop means 70% of the people retailers might have expected to go shopping are doing so.

Many of those stalwarts appear to be tourists. A Printemps worker told Agence France Presse that Chinese shoppers were still turning up “in droves… The Chinese aren’t scared of anything.”

But shoppers in both luxury and mass-market shopping streets are still too few to rescue the Christmas season. It’s no surprise that Christmas markets are suffering too. Some, like that on the Champs-Elysees, opened only hours before the attacks and have been quiet ever since with few traders even taking enough to pay their daily stand rent.

Meanwhile Brussels, despite no actual attacks, is suffering a similar effect due to specific intelligence that has caused the Belgian government to react with a city lockdown at the weekend that continues today. The underground railway system remains closed, as do individual stores and shopping centres.

The key Rue Neuve shopping destination saw most stores closed on Saturday and while some retailers thought the government’s actions were excessive, with Paris attacks gunman Salah Abdeslam still at large, the authorities are taking no risks.

The Belgian police have made 16 arrests today but Salah Abdeslam was not among them and was reported to have been seen travelling towards the German border. The question we have to ask is that even if he doesn’t reach Germany, will he partially achieve his aim by exporting the fear of continuing everyday life to that country too?

The fear appears to have reached the UK already with The Independent reporting Springboard figures that show retail footfall down nearly 17% year-on-year the day after the Paris attacks and key shopping areas in the British capital badly affected. London’s Covent Garden saw a 56.6% footfall decline last Thursday.