There’s been a lot of talk about drone delivery of shopping this year. But I’m not convinced. Just like the flying cars we all expected decades ago, flying delivery seems more fantasy than fantastic.

And it brings with it so many issues, especially around security but also around quality of life. Again, like flying cars, do we really want all vehicles/devices visually polluting the airspace above our heads? If we want something buzzing around our heads, let’s leave that to the birds (and the bees).

So I was pretty interested by this news on an alternative. It’s all about robotics. Now I’m a big fan of ground-based robots and a Futurama-type world can’t come soon enough for me. Apparently Skype’s co-founders agree, and they believe the future of robotics is on the ground, not in the air.

The Daily Mail reported that their Starship Technologies operation is preparing to test self-driving delivery robots in London and parts of the US next year.

The ‘robots’ are designed for local deliveries that they can complete within 5-30 minutes from a local hub or store and the cost is less than 10% of current last-mile delivery alternatives, the firm claims. The window for delivery slots is also smaller so customers don’t have to sit and wait for hours. Meanwhile shoppers can track the robot’s location in real time via an app and only the app holder can unlock the robot once it arrives at its destination.

And anyone thinking about mugging the robot should think again. Not, it doesn’t shoot death rays if you try to steal its cargo – but it’s difficult to open unless you’re the actual customer and it also has multiple on-board cameras and GPS that are connected to the internet. An operator can speak to people nearby. 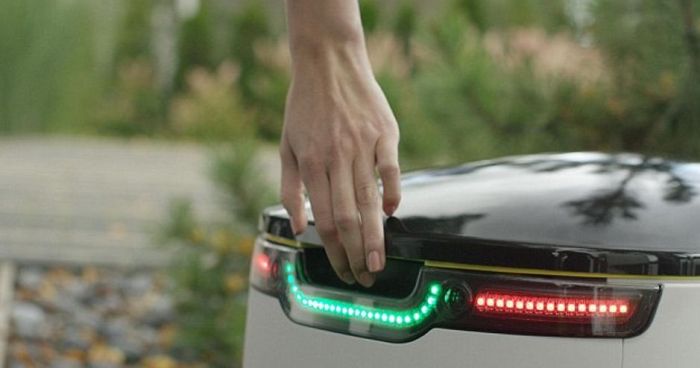 The robot isn’t quite a robot in the way we think of them from a sci-fi perspective. But it’s getting there. It looks sort of cute to me – just give it some eyes and a mouth and I’d probably find myself trying to start a conversation with it.

Anyway, the UK testing is being done in Greenwich, London, which is where my mum lives so I’m hoping I might meet on in the street some time soon. I’ll let you know if I do…