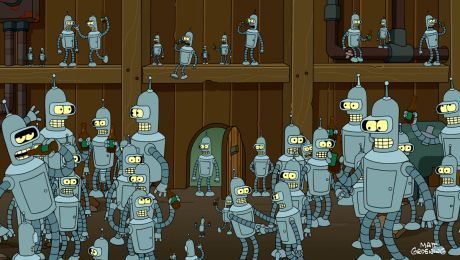 Tech market intelligence specialist ABI Research said that at the moment, it’s all about robotic toys, which made up more than half of this year’s total shipments. But consumer unmanned aerial vehicles (UAVs) are going to be the fastest growing segment over the next decade.

Research director Phil Solis said: “We anticipate consumer UAVs, including toy UAVs, to surpass robotic toys in terms of shipment share in a few years and then to account for more than half of consumer robotics product shipments by 2021.”

Additionally, data findings suggest that, over the 10 years, the homecare segment will be where the big revenue is generated so I assume they’re expecting us all to buy more robotic vacuum cleaners. I wonder if Dyson is working on one yet?

So with homecare at the top and UAVs second within 10 years, what will be third? This is the one we’ve been waiting for with a mixture of excitement and nervousness. By 2025, personal robots are expected to surpass robotic toys to take third place in revenue generation among the segments.

“Right now, the personal robots coming to market are stationary, embodied products that can successfully interface with users and leverage information and services in the cloud,” said Solis. “As these products advance in their technological capabilities and grow from stationary to mobile and add manipulation, average product prices will rise at times.

“So, though unit volumes will be relatively small in comparison to other market segments, the personal robotics segment will generate a generous amount of revenue and increase its revenue share.”

And with personal robots being at the luxury end of the market, it makes me wonder when Bernard Arnault, Karl Lagerfeld, Rebecca Minkoff and other forward-looking execs and creatives in the luxury sphere will start getting in on the act. It’s really not so far-fetch.

For now though, what surprises me is just how many companies there are already involved in robotics and how varied they are from iRobot, to Samsung, LG, Hasbro, WowWee, Parrot, DJI, 3D Robotics, Jibo, Blue Frog, and hundreds of others.

4 thoughts on “Welcome to the future: Robotics market to soar”