I’ve always liked Delpozo, but the label’s not one that’s figured high on my list of influencers. That’s due a) to its scarily high prices and b) to its demi-couture profile that means its silhouettes err on the side of extreme rather than commercial.

But for the pre-fall collection, it doesn’t take too much of an imagination leap to picture those extreme shapes, items and colours toned down and made wearable for the high street. I loved it, here’s why… 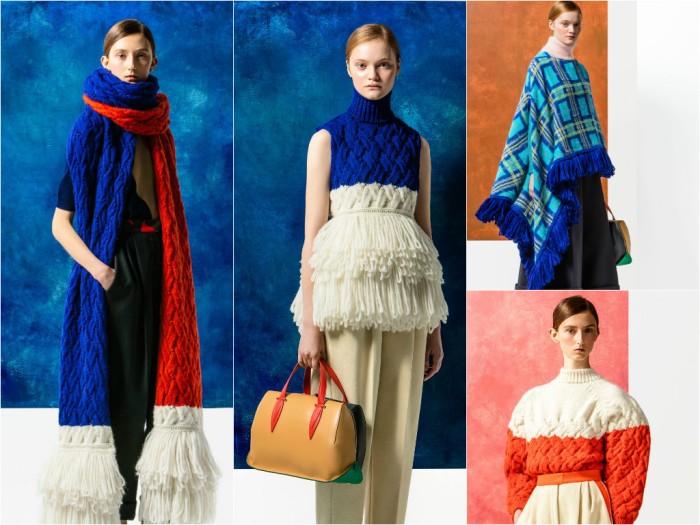 The exuberance of the scarves, the peplums created by layers of fringing and the retro sweater-tucked-into pants all struck a chord. These knits are colourful and feel strong enough to cheer up the wearer on even the dullest days. Importantly for an industry that has struggled to shift outerwear in recent warm autumns, they’re also just enough to be wearable when you need something to take the edge off weather that’s only slightly chilly and when it isn’t cold enough for a coat.

There’s some strong pantsuits around for pre-season but this is one of my favourites. It feels formal enough for occasion dressing but those cropped and cuffed pants make it feel comfortable too. And those pants really are key – they have a retro edge to them but also feel new. And importantly, they’re an option that’s wearable – all the ultra-wide and long trousers we’re also being offered for pre-season feel too impractical for comfort on wet days. But these will keep you covered up without trailing through puddles and can be worn with flats, platforms, strappy sandals, ballet shoes, ankle boots or sock boots. 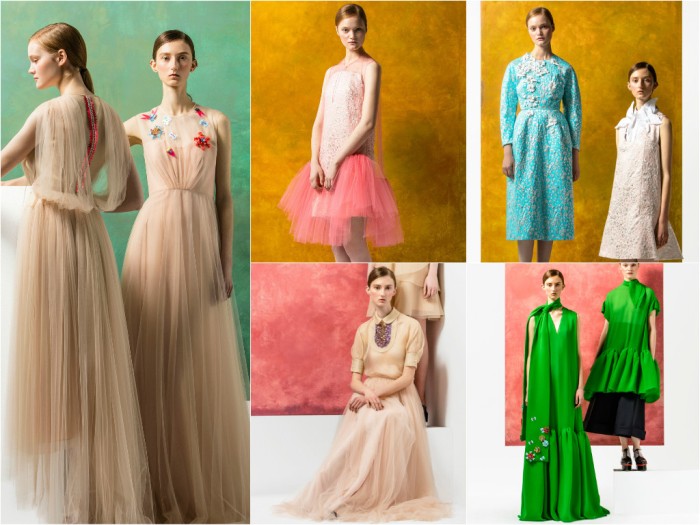 There were plenty of Delpozo’s usual power silhouettes but also an unexpected softness with options that could grace a red carpet (or walk down the aisle in alternative colour choices) as well as working for prom season. The carefully-placed embellishment and the solid/sheer contrasts also feel very now.

The kingfisher blue and deep oranges – in both matte and shine finishes – work well and really make an impact, especially after the endless pinks and darks we’ve been treated to recently. Delpozo isn’t afraid of colour and uses it to make a statement with virtually every piece in this collection. That comes through particularly strongly in the shoes and shoe-boots (see below). 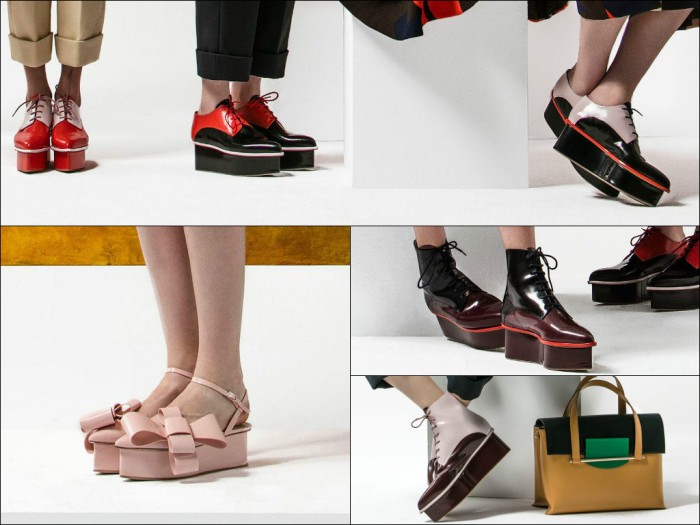 OK, they’re not super-wearable but, again, it only takes a few tweaks to be very commercial. Being short but utterly incapable of walking in high heels, I’m a big flatform fan. I really like the colour contrasts here (both dark-against-dark and more impactful brights or neutrals with dark contrasts). Meanwhile, the pale, almost-nude bow-trimmed sandals show how flatforms can be delicate as well as chunky.