Thank goodness for ponchos and scarves. That must be what Burberry CEO, creative chief and general all-round Big Boss Christopher Bailey must be thinking. They rescued what could have been a tricky Q3 for the luxury trailblazer.

The company suffered from cooling demand in Hong Kong and Macau and the wrong weather in Northern Europe so underlying retail sales in the last three months of the year rose just 1% to £603m – although that was better than the Q2 when they fell 4%.

The company, which let’s face it is all about coats at its core, had a tough season in outerwear. But it reported a “good response to festive initiatives” and small leathergoods and scarves were strong. The emerging categories of ponchos and dresses that it has made something of a speciality of late “continued to outperform”.

Also outperforming, of course, was its digital platform. Let’s face it, if digital was struggling for tech’s favourite fashion brand, then things really would have been bad. It was boosted by investment in mobile and conversion improved year-on-year in this area, making it Burbs’ fastest growing digital channel. In fact, it now represents the majority of traffic to burberry.com. 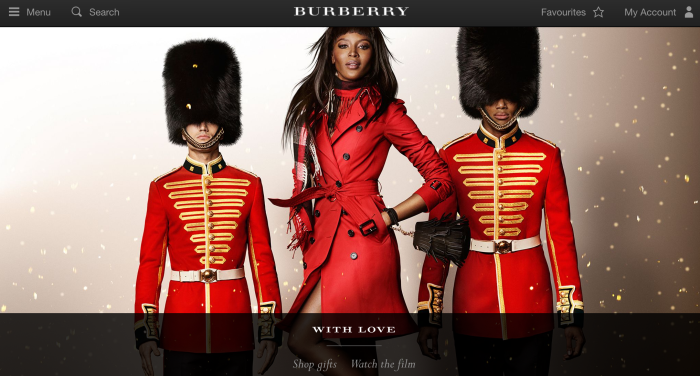 Burberry, getting it right digitally

So what did Christopher Bailey have to say about it all? He took a positive stance. Yes, trading was tougher than expected. Yes, luxury is facing challenges. Yes Hong Kong and Macau were iffy. But all that “masked an otherwise stronger performance in many markets,” he said. How so? Well look at Asia Pacific – comp sales fell in the mid-single-digits but without those weak markets, they actually rose 3%. The Europe, Middle East and India region rose too with strong performances in Italy, Germany and Spain. And the Americas was up slightly as well.

So what of the future? More of the same, it seems. For the full year, in apparel and accessories, the company expects a further decline due to cautious ordering by wholesale customers globally, as well as the re-phasing of orders in the Americas into the first half of the next year from the second half of this year. But double-digit percentage underlying growth is expected in Beauty in the second half, driven by sales to distributors of the new male fragrance, Mr Burberry, offset by some destocking.