Alessandro Michele has moved the Gucci ad campaign roadshow from last season’s Berlin to Tokyo for AW16 with a continuation of the ultra-luxe-fashion-against-an-everyday-backdrop trend that’s still serving the brand well.

But then Michele is all about continuity and evolution. Having shaken up the brand profile in order to break with the Frida Giannini era in early 2015, he’s since gently nudged it each season (and pre-season). Evolution not revolution has been the watchword in the 18 months since January 2015.

So what do we get this time? The usual avoidance of supermodels for a start. Glen Luchford has photographed (and filmed) some rising stars looking not-traditionally-pretty, including Petra Collins, Lia Pavolova, Mae Lapres, Sofia Friesen and Yan Kumra.

Despite the colourful exoticism (for a Western viewer) of Tokyo, the product styled by Joe McKenna is the star here, whether it’s a zebra-pattern shoe, an embellished bag, a diaphanous evening dress or panther-knit sweater. 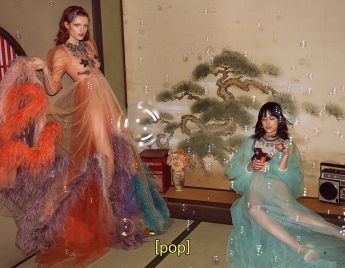 Silhouette evolution comes through very clearly as the label  focuses on a not-always-easy-on-the-eye wider shoulderline.

Designer labels have been pushing this Vestments-influenced silhouette for a couple of seasons but it doesn’t yet appear to have filtered through to the high street. Back in the late 70s/early 80s it took several years before the Claude Montana/Thierry Mugler shoulderline became the norm and I’d argue that it takes even longer to coax today’s consumers out of their go-to silhouettes. 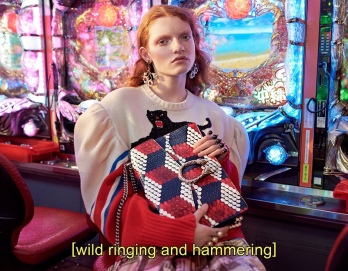 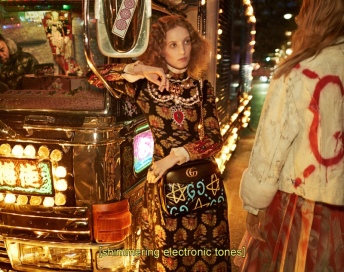 It remains to be seen how this one will play out.

Nonetheless, Michele appears to be backing it more prominently in these ads than he did in the collection as a whole so that could be a sign of more dramatic shoulder play to come. That really will take some getting used to. 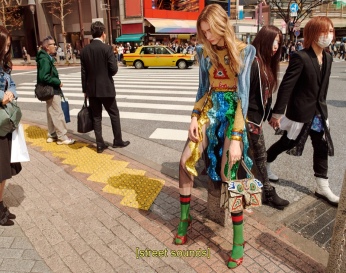 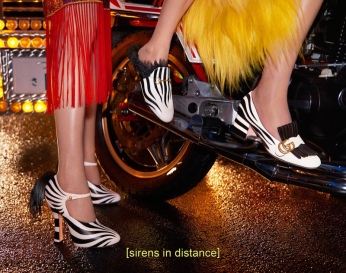 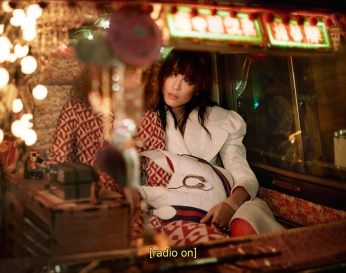 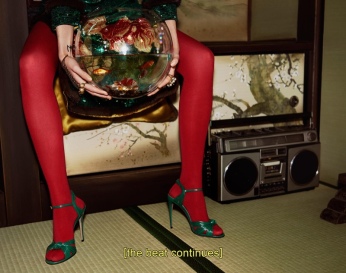