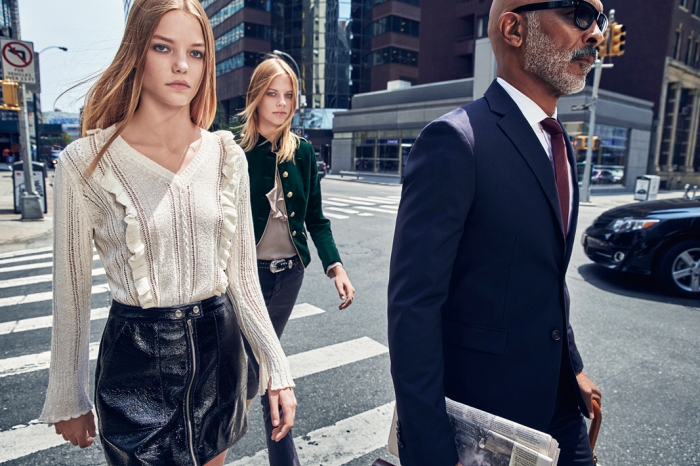 Mango has released details of its latest monthly trend ‘campaign’ and also said that it will be upping its social media commitments with this particular launch.

The retailer, which earlier this year, moved to a monthly trends model and away from a two-seasons one, has given details of the first of its four AW16 trend stories that will launch globally at the end of August. It features Roos Abels and Lexi Boling on the streets of New York.

Part of the campaign has been revealed on the brand’s Snapchat (mango) and Instagram (@mango) platforms with a live broadcast of previously unseen footage from the shoot, which also reveals key garments being featured by Mango during the first month of the upcoming season.

In addition, the brand will launch its official Spotify channel in late August, which will be updated each season with the songs featured in the Mango campaigns and stores, in order to create its own playlists.

The brand currently has close to 16.5m followers across all of its social network platforms.