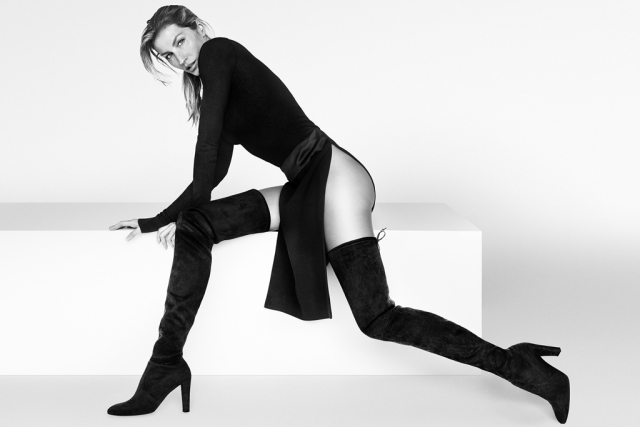 Forbes released its 2016 list of the 20 highest-earning models yesterday. Maybe it was because I happened to be researching a piece of multicultural beauty at the time but the thing that struck me first (well, after “Gisele? Really?” and “how shallow are we to care about this stuff?”) was that most of them are white.

I don’t believe we should introduce quotas for multculturalism, but in a world where 70% of the 7.4bn population isn’t white, and where, in the US, so-called minorities are set to outnumber the white population soon, it makes me wonder why so many brand still don’t use black, Asian, Hispanic other multicultural models? 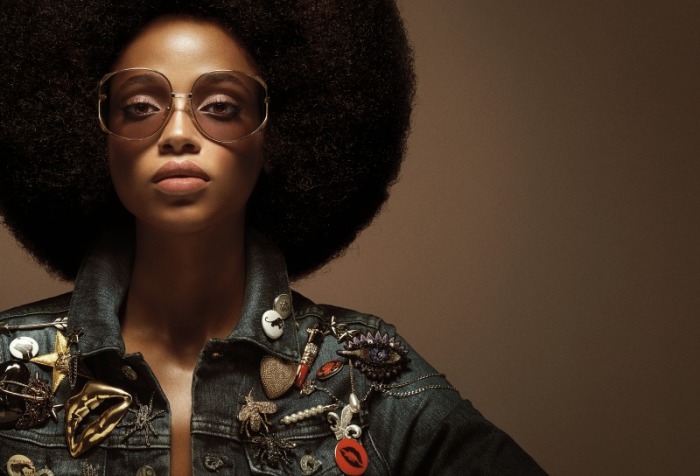 Aya Jones for Nars. Black models like her are notably absent from the list with only Jasmine Tookes and Joan Smalls making the cut.

Joan Smalls, Jasmine Tookes and Liu Wen were the only non-white models who made the list, echoing a Fashion Spot survey of SS16 campaigns that showed 78% of models used were white.

So what else struck me? Four things:

It seems that almost every campaign release out these days has to feature a ‘name’. And even if that name isn’t a supermodel, it’s a well-known photographer, a celebrity, a well-known stylist, an ‘personality’ whose social media following can guarantee instant traction for the campaign, or at the very least, somebody famous’s daughter.

That play safe approach guaranteed Gisele’s position at the top of the list… again. The bland Brazilian, 36, earned $30.5m in the last year. She’s earned more than any other model for years but she must be tightening her belt as her earnings are plunging. That paltry $30.5m was down from last year’s $44m and 2014’s $47m. In the last year, deals with Pantene, Sky TV, Chanel and Carolina Herrera contributed to her bank balance, as did her own lingerie and skincare.

In second place but some way behind Gisele was fellow Brazilian Adriana Lima, earning $10.5m for being a face (or body) of Victoria’s Secret, as well as Maybelline, Vogue eyewear and IWC watches. Aged 35, it’s her biggest ever paycheque. 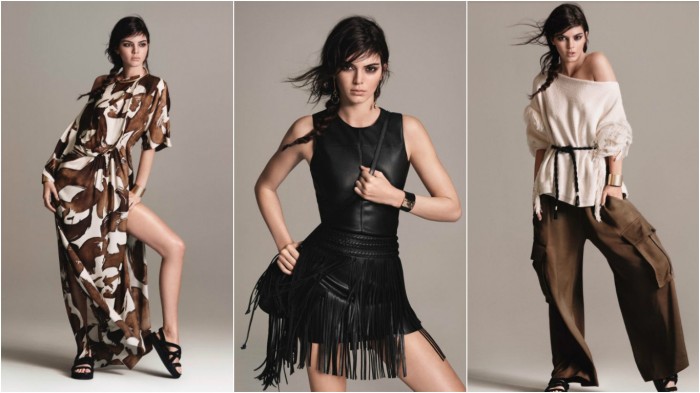 Instagram stars come next. Kardashian clan member Kendall Jenner (64.6m Insta-followers) more than doubled her earnings to be joint third, up from 16 a year ago and making the biggest leap on the list. She earned $10m (up from $4m a year ago) as she cemented deals with Estée Lauder and Calvin Klein, as well as Mango, Penshoppe, Lagerfeld, Topshop, Calvin Klein, Fendi and Marc Jacobs.

Karlie Kloss, 24 and with ‘only’ 5.3m Instagram followers, was also joint third and achieved the distinction of featuring in more campaigns than any other model on the list, which is no surprise as she’s been ubiquitous lately. She’s modelled for Swarovski, Express, Carolina Herrera, Chanel and L’Oréal. 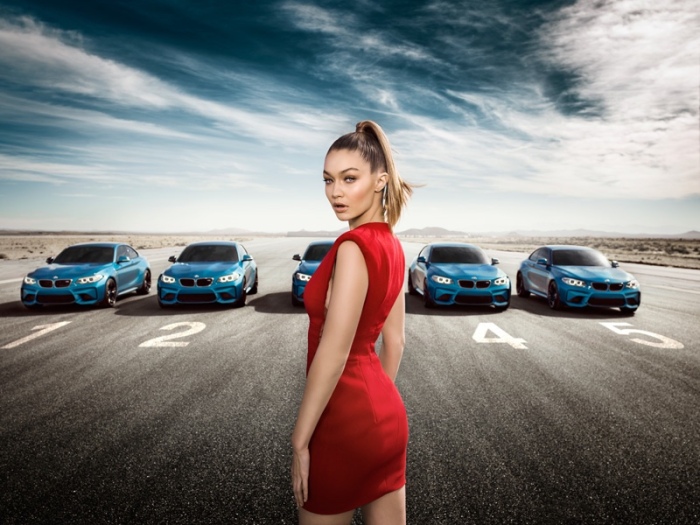 And talking of ubiquitous, let’s not forget newcomer Gigi Hadid the fifth highest earner on $9m (there’s no number four as there were two in third place). Hadid has been such a major face of so many campaigns that it almost seems shocking for her to be only a newcomer on the list. She was fifth on the back of deals with – well, almost everyone – but especially Tommy Hilfiger and Maybelline, both of them keen, no doubt, to tap into her 22m Instagram following. She has also modelled for Versace, Evian, BMW and Topshop.

Hadid tied in fifth place with Rosie Huntington-Whiteley who makes big money from lingerie (M&S, where she gets royalties for her own range, and Victoria’s Secret) plus Burberry.

No number six but last year’s number two has dropped to seventh place. Cara Delevingne only lost about $0.5m compared to last year to take her earnings to $8.5m. With 33m Instagram follows she’s the second most popular model on the platform and that helps her appeal for YSL, Burberry and Tag Heuer. 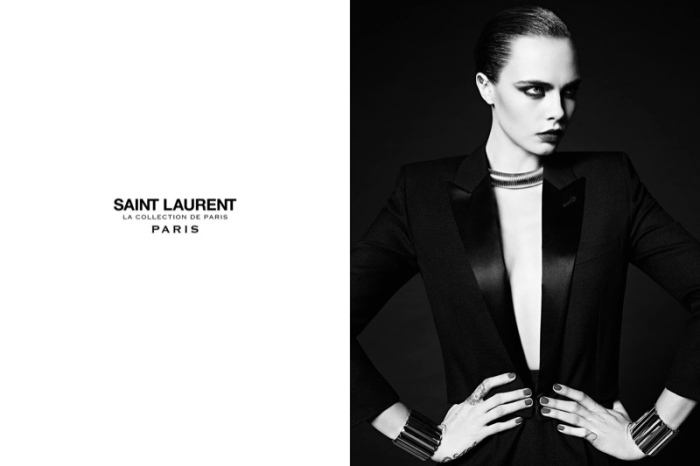 Natalia Vodianova is still there at number 11, earning $5.5m from beauty deals likes Guerlain and Clavin Klein Euphoria, as well as a deal with Etam (not Victoria’s Secret for once). And joint 11th Lara Stone walked the runway for Miu Miu while also earning big from L’Oréal, Tom Ford, Stella Mccartney and DKNY.

At 13, Doutzen Kroes earned much of her $5m from her longstanding L’Oréal contract, as well as her Tiffany deal and her own cashmere clothing line. Also at 13, Alessandra Ambrosia is also signed dup to Victoria’s Secret, as well as L’Oréal, Michael Kors and markets her own swimwear and temporary tattoos.

Kate Moss is still in there at 13 too, with the oldest model on the list (she’s 42) earning from David Yurman, Burberry and Rimmel. 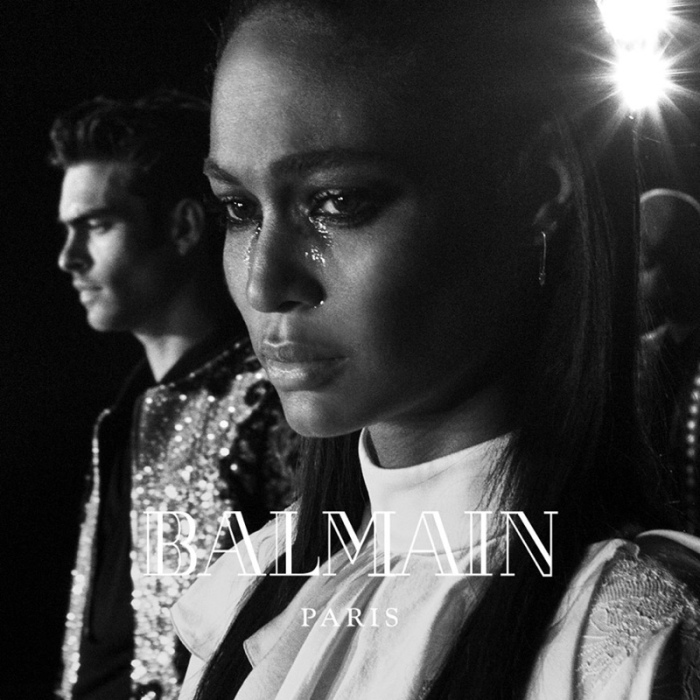 Another joint 17th was the youngest on the list. Taylor Hill at 20 gets her cash from Miu Miu, Topshop, Michael Kors and Jimmy Choo, while Lily Aldridge earns her $4m from Victoria’s Secret, Michael Kors, Tommy Hilfiger and Carolina Herrera.

So who dropped off the list? Jourdan Dunn, Carolyn Murphy, Edita Vilkevicute, Daria Werbowy, Anja Rubik, Hilary Rhoda and Kate Upton all failed to make the $4m cut-off. Poor things, they must be gutted.