We’re all obsessed with the luxury market, sometimes unfairly so, as there’s frequently much more of interest happening further along the fashion chain at high street level. But it means that luxury is studied and analysed to the umpteenth degree and one area in which that analysis can get more than a little uncomfortable for the firms concerned is online.

Luxury was late to the digital party and for the most part hasn’t acquitted itself well ever since. Which is why the regular ContactLab/Exane BNP Paribas reports into just how good the purchasing experience is for consumers is always interesting. 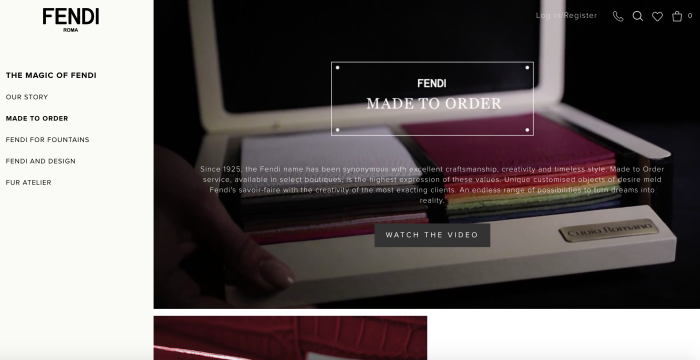 Last year it did this from a Milanese viewpoint and this year it was New York. So what did it learn?

Well, Balenciaga and Fendi topped the performance ranking this time after ContactLab did its usual practical tests. It bought and returned products from 31 brand websites and five multi brand e-tailers.

Kering (Balenciaga owner) and LVMH (Fendi owner) must be happy as they were joint first. Kering scored again in number three position as Saint Laurent (or is it YSL these days?) took the bronze medal. Chanel and Coach shared fourth place, just missing the medal-winners rostrum.

Dropping back this time were Cartier that had scored well last year but was in eighth spot this time, plus former high-ranker Louis Vuitton at only number 17. And Hugo Boss was a lowly 31. Ouch! Gucci stayed at number 16.

Burberry and Prada both improved. But given that Burberry was only at number 13 when it prides itself on being very digitally-focused, that’s not great. And poor old Prada only managed a rise to number 27 so its much-talked-about digital turnaround obviously hasn’t kicked in yet.

What’s so interesting about this particular report is that it’s not about the things we often notice first, such as high profile websites or social media engagement. It’s purely about the nuts and bolts of buying and returning goods, because that’s what the customer does and that’s how the customer interacts most with a brand. Given that online accounted for all of luxury’s growth last year and is expected to do so for the next few years at least, you’d think the experience would be prioritised.

You’d also think luxury retailers rather than monobrands might perform better with their long traditions of customer service, but some of those don’t acquit themselves that well. Saks was only in 13th place, Nordstrom 18th, Barneys 26th and Bergdorf Goodman an unimpressive 35th.

Who was the top retailer? Net-a-Porter in sixth place. I must admit, the experience of buying from this company (and its Yoox arm) is generally excellent. It wasn’t always. Many a time I’ve paid extra for Saturday delivery from Yoox only for something to arrive on Monday. While Net-a-Porter once took five months to refund me for an item returned the day after delivery. It was only a small amount and I completely overlooked not getting the refund until it just showed up nearly half a year later.

But that was five years ago, since when the company has shown why it’s the luxury e-tail leader.

“Net-A-Porter is digital native and is extremely consistent in assuring a top luxury performance in the majority of the more than 100 digital and physical touch points we have been evaluating along the online purchasing process,” said Marco Pozzi, senior advisor at ContactLab. He added that US department stores came out better on the digital touch points (especially Nordstrom and Saks) but they’re “average or lagging on physical touch points.”

“It should not be difficult for department stores to improve packaging, fillers, documentation and overall care in order to give a more luxury and less Amazon-like feeling to online customers,” Pozzi said. “Of course this requires focus on the problem, and for sure additional costs.”

The stores do rate highly on returns though, especially Nordstrom, which is unsurprising as multibrand retailers have a long tradition of liberal returns policies while luxury brands themselves are frequently very unforgiving if you change your mind. However, ContactLab said Burberry and Cartier top the returns service rankings. Must remember that next time I want to return a $20,000 diamond-studded watch.