I promised myself I wasn’t going to talk about Black Friday any more, at least until some solid stats came through after the event. But every day seems to bring new info, so I’ve relented. There are five points in particular that I’m finding interesting about Black Friday in the UK and there’s some real contradiction in there – it seems that just as Black Friday becomes the most popular shopping day for bargain-hunting Brits, it’s also becoming obsolete. Confused? 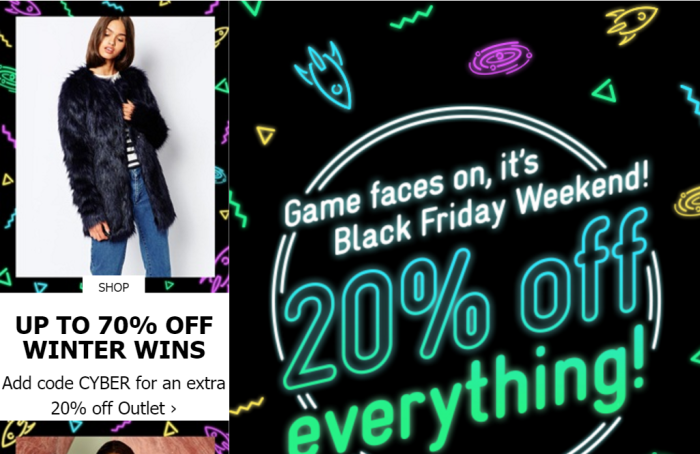 Sales will inevitably rise this Black Friday weekend but overall growth is expected to be slower over the four-day weekend this year. However online will retain its momentum. Sales through all channels rose 13% last year. But while they’ll only rise 6.7% this time, e-sales should be 17.7% ahead, according to MasterCard SpendingPulse. That’ll result in a total retail spend of £5.9bn, with over £1bn of it being online for the first time.

This time last year was a bit of a disaster for some stores are they underestimated demand, missed out on sales as goods were out of stock and couldn’t deliver the goods that had been purchased as fast as they should have done. MasterCard’s Mark Barnett said that so far in November consumers have held back spending in anticipation of savings. So will retailers be overwhelmed again when the pent up demand turns into a shopping frenzy this weekend? MasterCard thinks not, saying more retailers are prepared with higher stock levels and delivery capacity. Fingers are staying crossed that the website crashes and long waits for deliveries of a year ago won’t be repeated.

MasterCard said shoppers are very focused on those two categories and retailers are happy to meet the demand. Electronics deals are coming thick and fast, but in fashion it’s harder to tell whether some discounts being wrapped into Black Friday are standard midseason price cuts under a different name. But there are plenty of genuine Black Friday-specific price cuts and many retailers seem to be taking Black Friday very seriously indeed. Debenhams is one such, treating it as a major event with a ‘join in the fun’ approach that reminds me a little of the early days of Vogue’s Fashion’s Night Out.

The Evening Standard’s close-up look at what Debenhams in London’s Oxford Street is planning for its Black Friday Found It event is illuminating. The store will be open 15 hours on Black Friday this year (from 08:00 until 23:00). It’ll have 1,000 staff on duty with backroom managers also on the shop floor, and some staff working those 15 straight hours without a break. Discounts will be up to 50% in fashion, electricals and the cookshop and Debenhams will waive the VAT on cosmetics – so essentially a 20% discount. And it’s not just a price-cut frenzy. Lingerie designer Aliza Reger, whose Debenhams ranges will be marked down by up to 30%, told the newspaper it’s “all been done by mathematical analysis.”

Really? Hasn’t this whole article been about Black Friday? Yes and no. Debenhams may have staff working through the night to get ready for Friday specifically, but for many retailers, it’s become a five- or even 10-day ‘event. Apparently, Argos’s strategy of launching its deals early paid off. On Sunday, the retailer saw a 22% rise in online traffic compared to the previous three Sundays, according to data from Similar Web reported in The Independent. Its page visits rose 3% and page views soared 23%. But customers in Britain didn’t increase the time they spent online by much at all (about 1% actually) so in efficiency terms it was a real win for Argos.

Point 5 is what I find most interesting about Black Friday 2015. Just as retailers and consumers in Britain are really embracing the concept, they’re also changing it so that Black Friday as we know it is kind-of over.

Its expansion into a period covering a week before and even a week after the actual day means retailers and consumers between them have turned the idea of a single key shopping day on its head. Black Friday is now virtually a shopping mini season that ends up blending into the Christmas season.

Of course, where it differs from the pre-Christmas shopping season of not-so-many years ago is that it’s one driven by the kind of spectacular discounts that used to be reserved for the January sales.

Quite where that leaves retailer profit margins and the chances of anyone selling anything at full price is a big, a really BIG question.