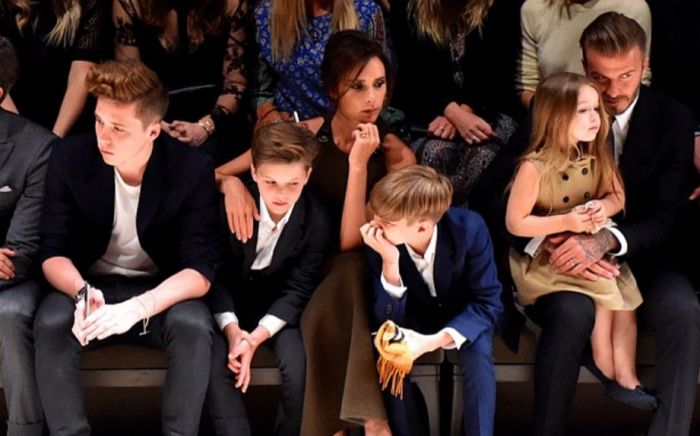 At this time of year it does us good to think of those less fortunate than ourselves. Consider the Beckhams, ex-footballer David, ex-pop star Victoria and all those kids.

And their fashion and branding business is earning them less than £3,000.

Big… and getting bigger

Actually, you’ve got to hand it to them. Two people who might have been expected to make second careers doing personal appearances, or maybe running a little vanity project shop or restaurant somewhere, have performed a brand-building feat to envy.

And their star appeal has helped – I remember the frenzy last year in Cannes at a travel retail trade show when it was rumoured David Beckham would be turning up. He had a contract to promote Haig Club and his appearance turned a number of usually unexcitable retail buyers into swooning teenagers. No surprise then that Forbes estimated his earnings last year at £50.8m.

And Victoria’s recreation of herself as a fashion tycoon has been amazing. Many pop-stars-turned-designers make money, but they don’t always win the status as a ‘serious designer’ she’s managed to achieve. Her personal wealth has been estimated at £210m.

But with all the Beckham-related figures being bandied about, What do the actual accounts show? Profit for Beckham Brand Holdings (BBH) was up to £12.6m last year and Footwork Productions (which handles David’s name and image) made £6.5m. There are other revenue streams adding to their vast wealth, but that’s what they made through their main companies.

OK, it didn’t all go into David and Victoria’s deep pockets as BBH is also part controlled by a unit set up by their manager Simon Fuller, whose undeniable business acumen has also been a key factor.

So what’s happening at all the Beckham-related businesses and how much actual revenue are they generating?

One thought on “Brand Beckham: How much is it worth today?”