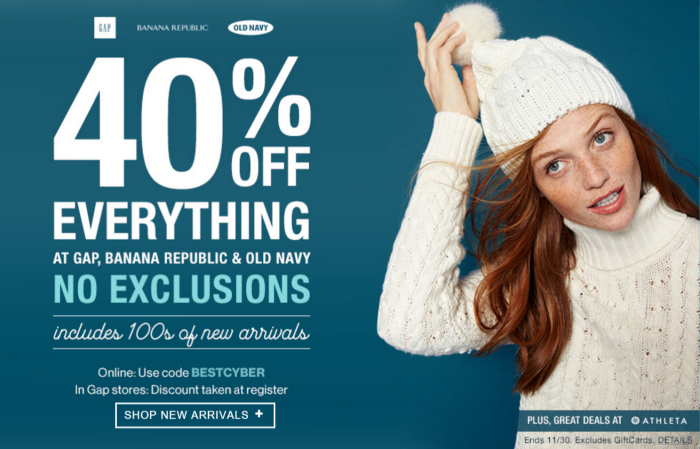 Black Friday is now an online phenomenon on both sides of the Atlantic – it’s official.

I’ve already analysed the move online at length in the UK but in the US, where Black Friday began (and where its existence makes a lot more sense), the migration to the web has taken some people by surprise this year.

E-sales tracked by Adobe Digital Index soared 18% to $4.47bn, smashing even the most optimistic expectations. Thanksgiving Day web traffic rose 22% while 60% of that traffic was via mobile. Overall, 37% of actual dollars laid out were spend on mobile devices.

The biggest names in web selling saw surging sales. Amazon’s sales are estimated to have been up by nearly 20% by noon on Friday while Google Shopping rose nearly 25%.

But on the whole, Adobe said retailers who have both physical and digital retail ops (so-called ‘dygical’ retailers like Walmart) did better online than pureplay web vendors. Omnichannel, it seems, was the biggest trend on the day.

Now don’t walk away with the idea that actual stores saw slow traffic or that they’ll be deserted come Black Friday 2020. Physical stores are still the biggest beneficiaries of Black Friday-linked spending.

Store traffic was heavy even though it weakened slightly. Analytics specialist RetailNext said physical store footfall was flat year-on-year while actual sales for Thursday and Friday fell 1.5% – which means spend per head must also have dipped. ShopperTrak’s early figures also suggested a sales dip to around $12.1bn for the two days.

But while both ShopperTrak and RetailNext said the performance at physical stores could still be seen as good (as sales didn’t fall too far in the face of e-competition), given that sales were disappointing this time last year, the comparisons don’t look that brilliant.

Analysts from the firms did concede that discounting earlier in November could have dented demand on Black Friday.

So what did people buy? Electronics, of course, and toys, unsurprisingly. Unfortunately, they didn’t buy into fashion as much as had been hoped, despite some deep discounts. I’m sure there’ll be some tales of woe come same-store sales release day next week.